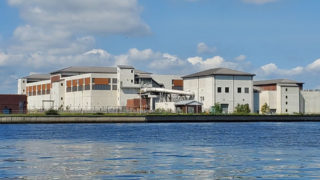 RK&K took home the Engineering Excellence Award for our work as prime consultant to the City of Baltimore, MD for its enhanced nutrient removal (ENR) facility project at the 81-mg Patapsco Wastewater Treatment Plant (WWTP). RK&K served the City on all phases of the project including design, bidding, construction, and commissioning. 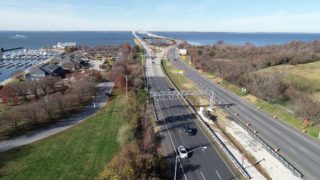 View of the new AET gantry looking west toward the Chesapeake Bay Bridge.

Each year ACEC/MD’s Engineering Excellence Awards competition recognizes engineering firms for projects “demonstrating a high degree of innovation, achievement, and value.” RK&K is proud to be a member firm of ACEC/MD.