Almost 200 people recently celebrated the recent ribbon cutting of the historic swing bridge over the Perquimans River in northeast North Carolina. Nicknamed the “S-Bridge” due to its s-curves, the new bridge and causeway connect the towns of Hertford and Winfall. The new swing span features a steel truss design that looks very similar to the old bridge which is an important icon within the Town of Hertford’s historic district. 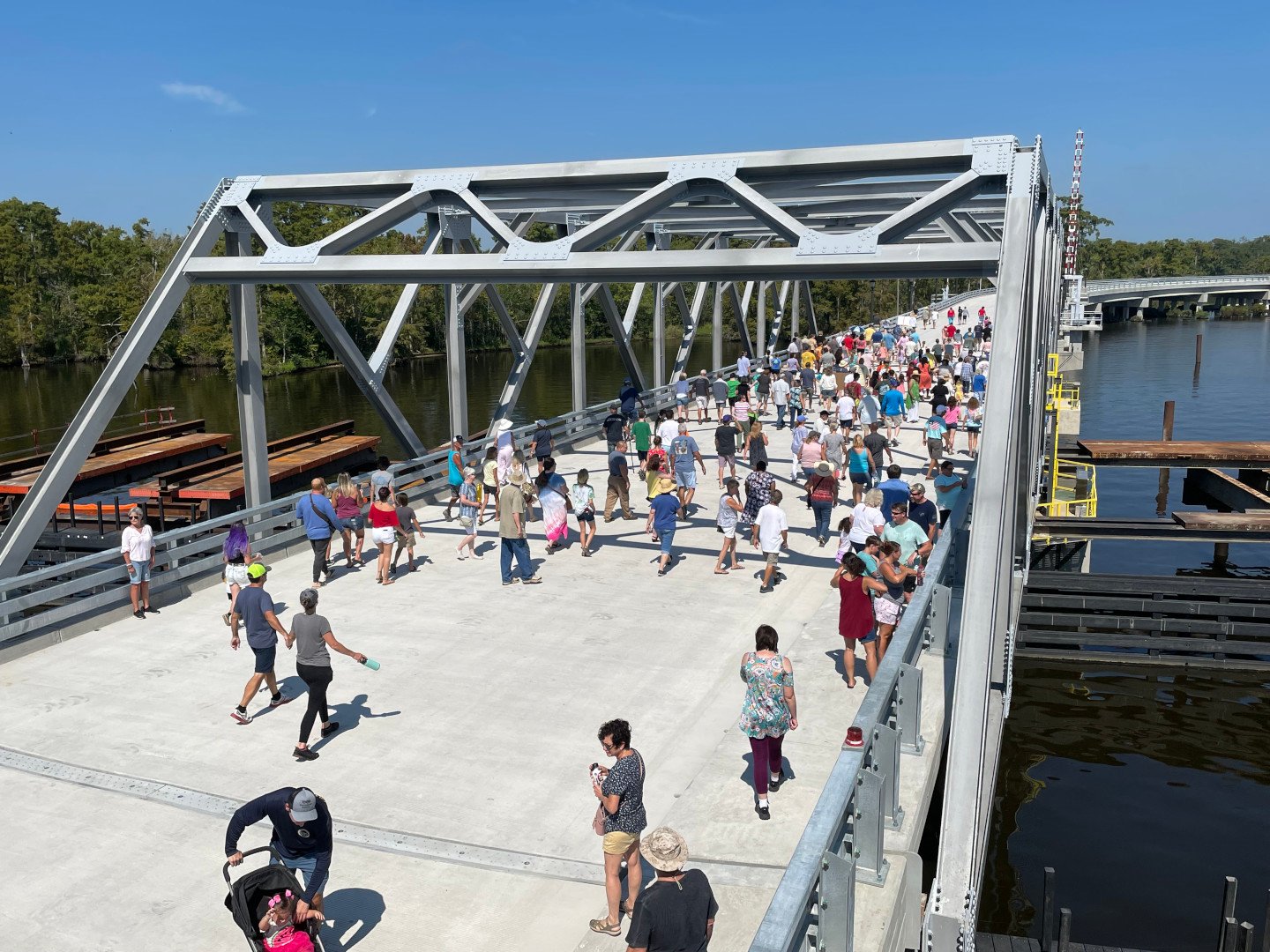 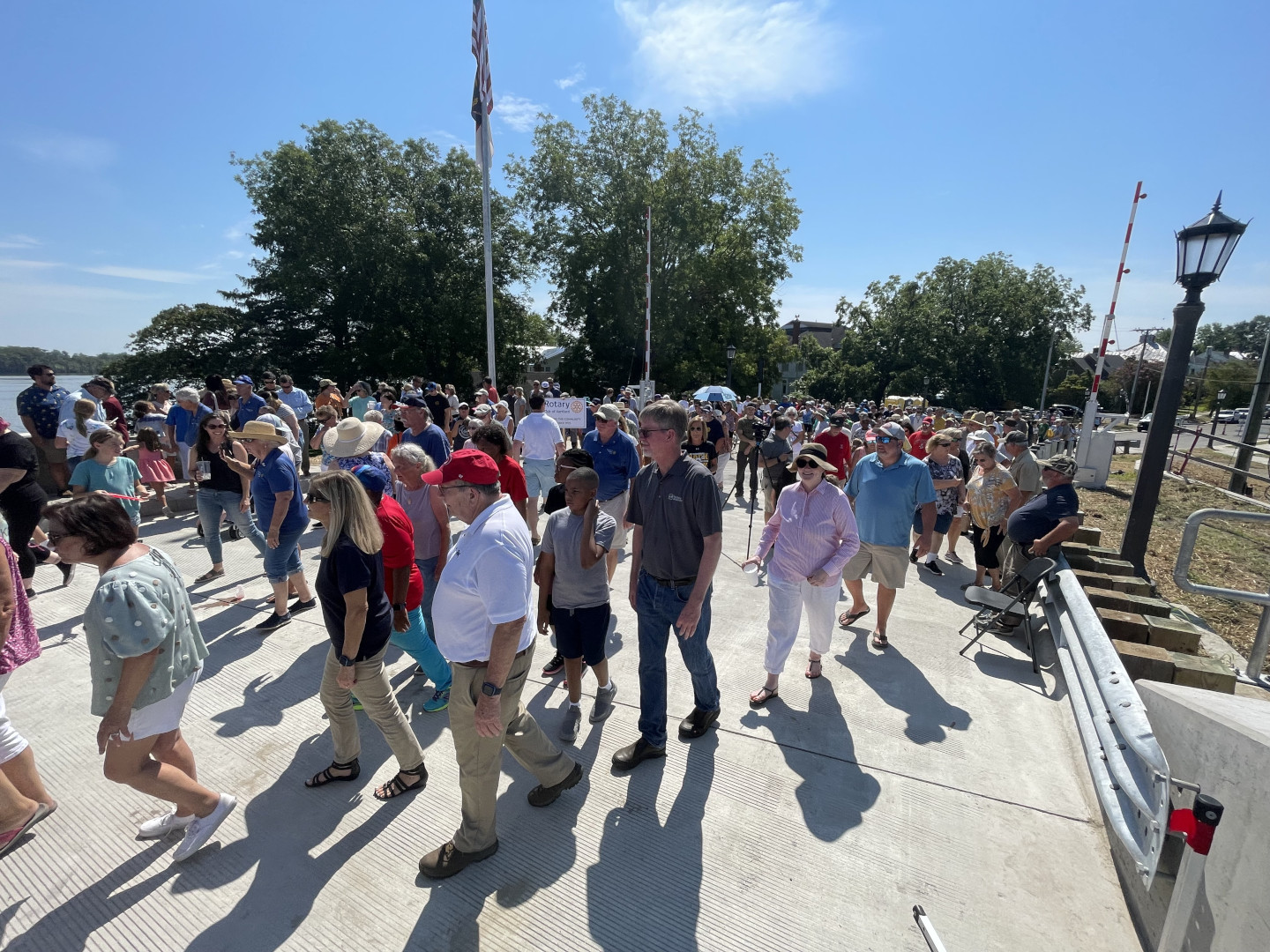 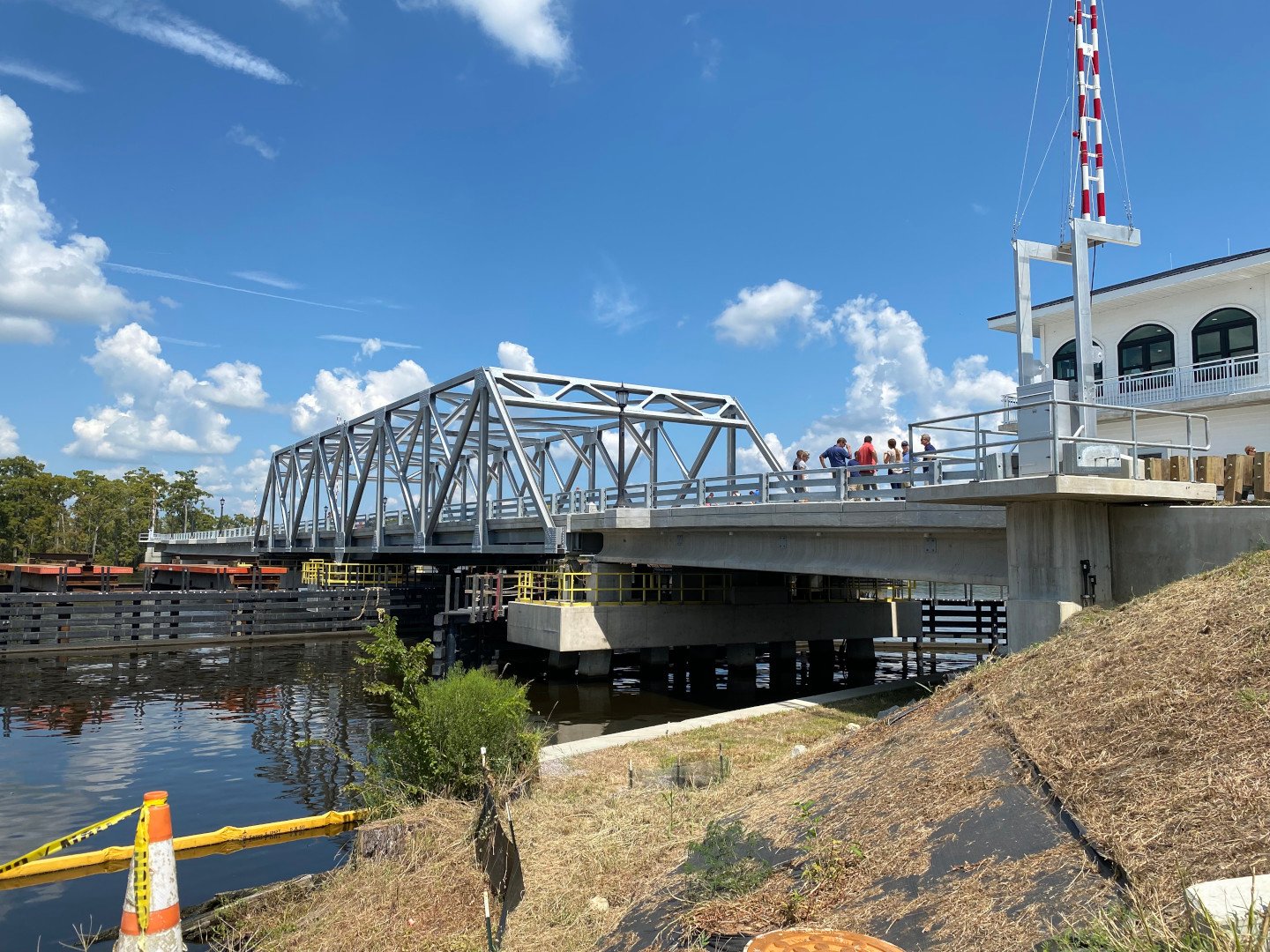 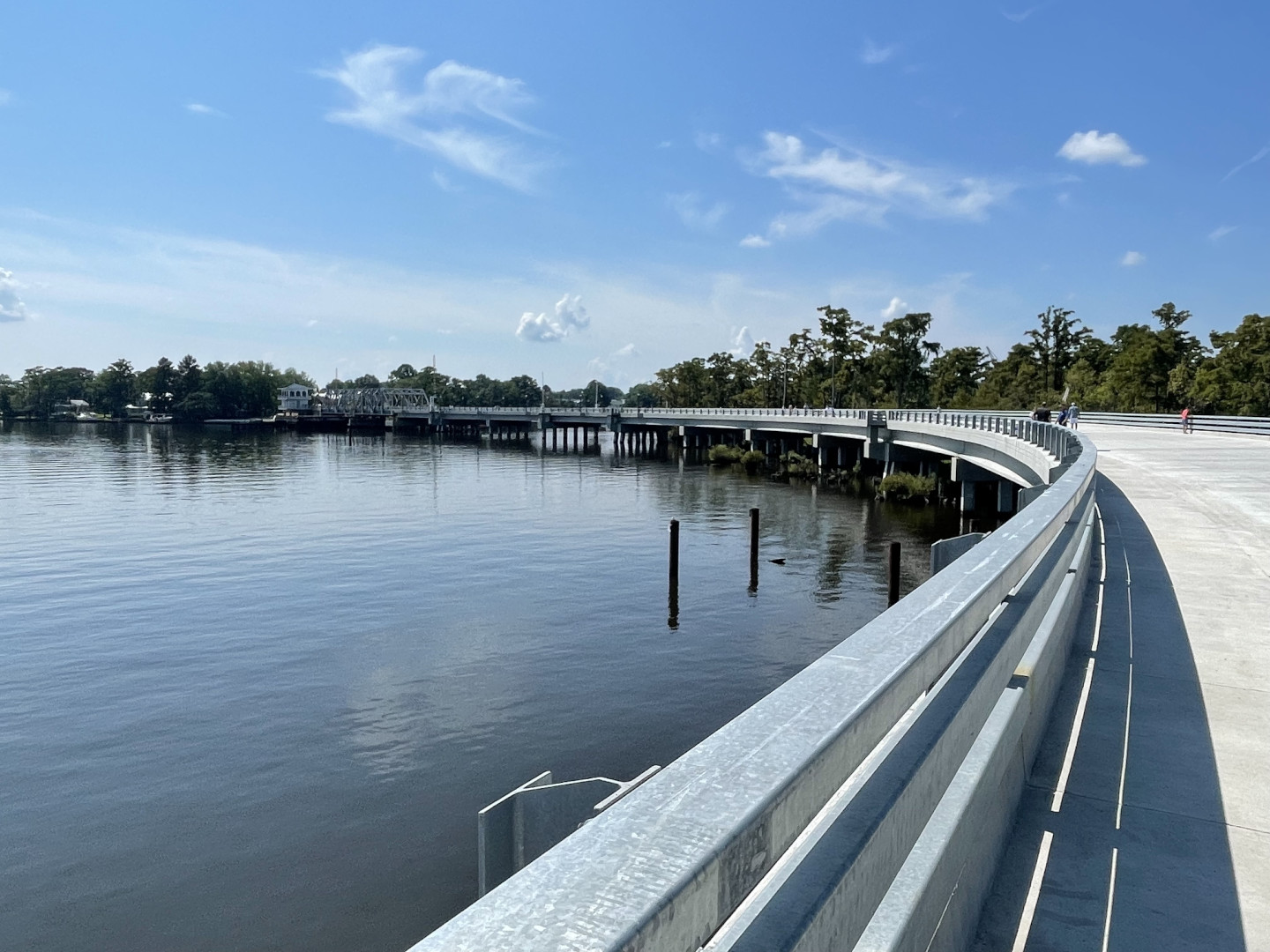 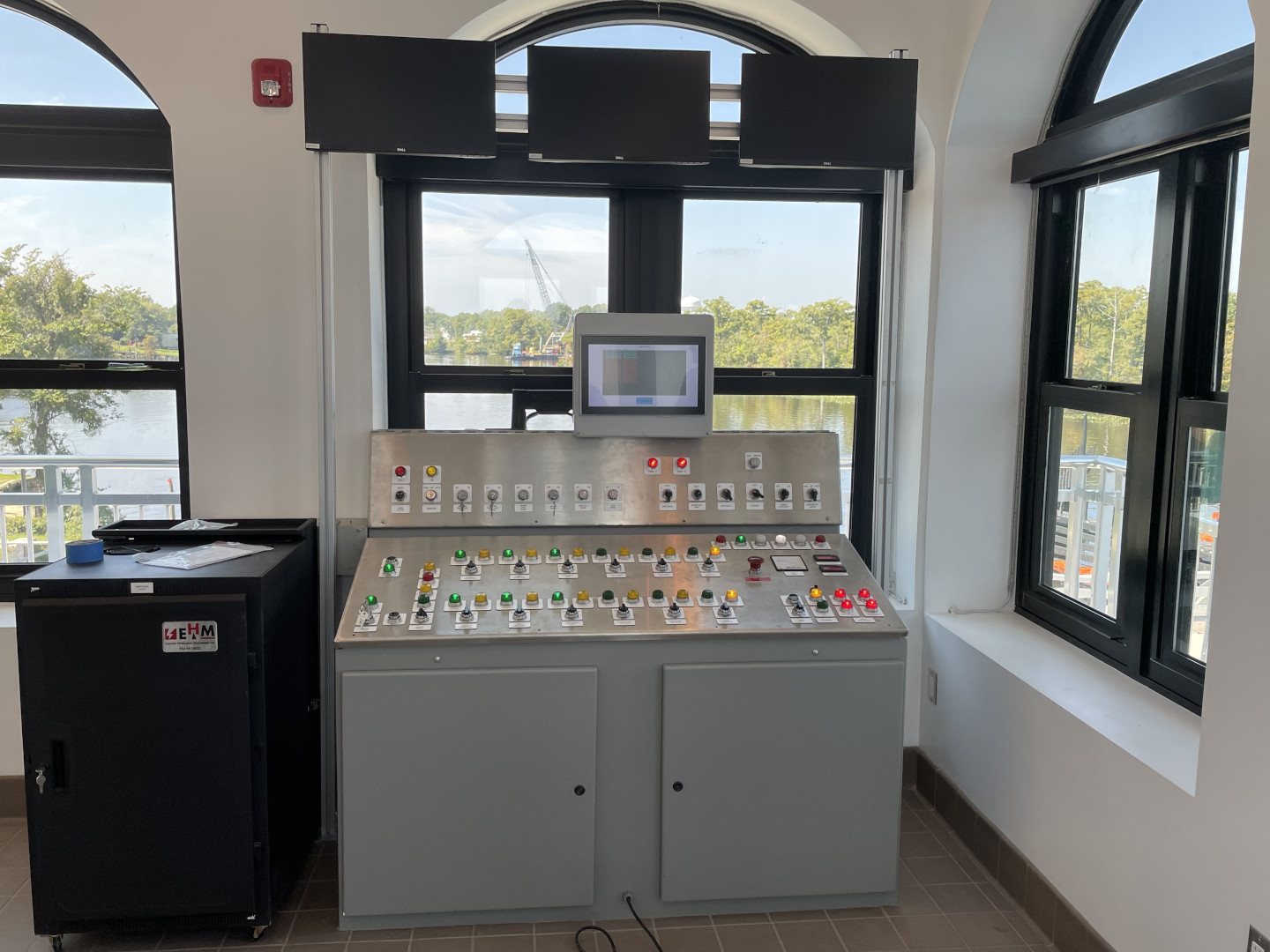 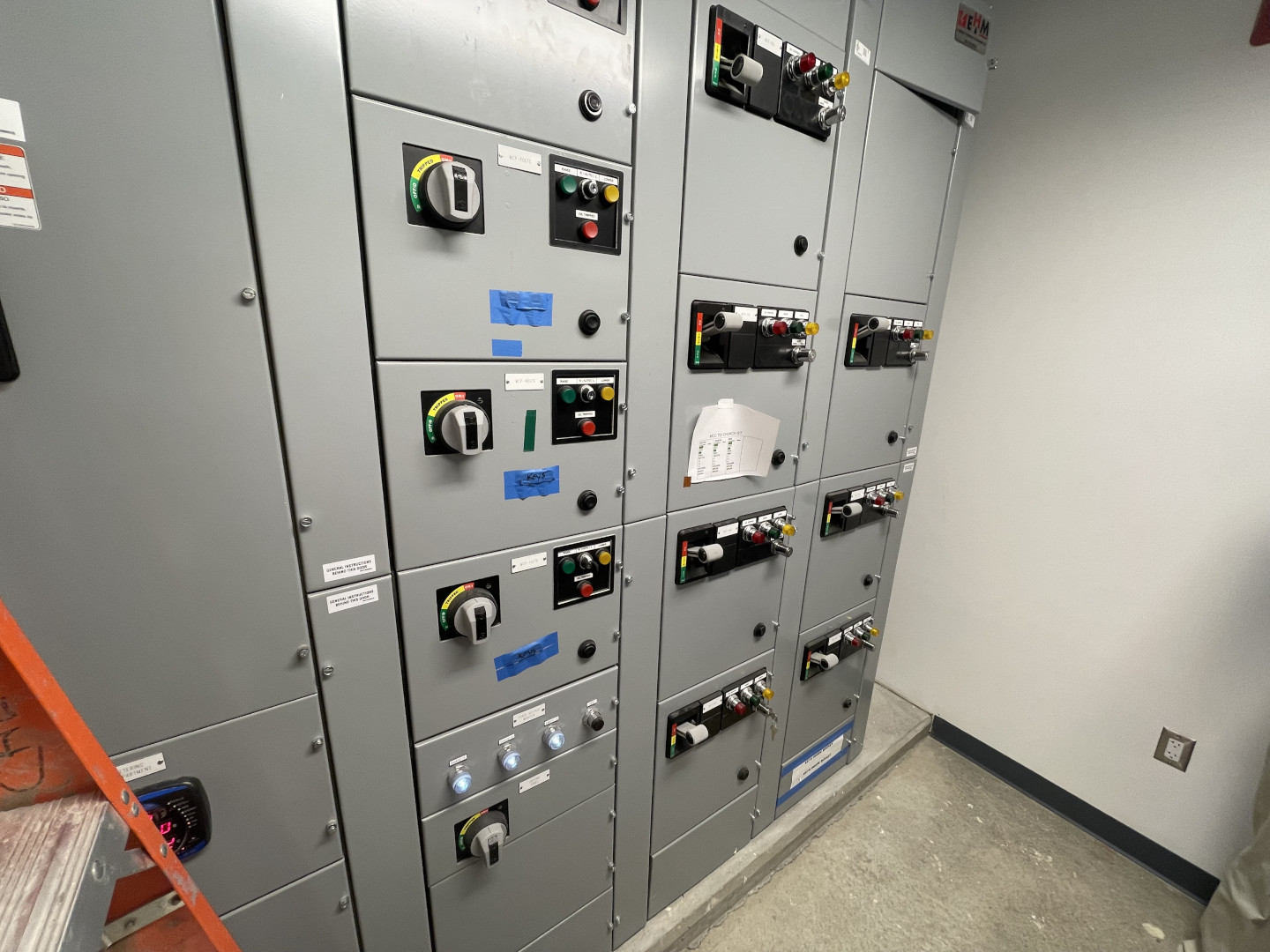 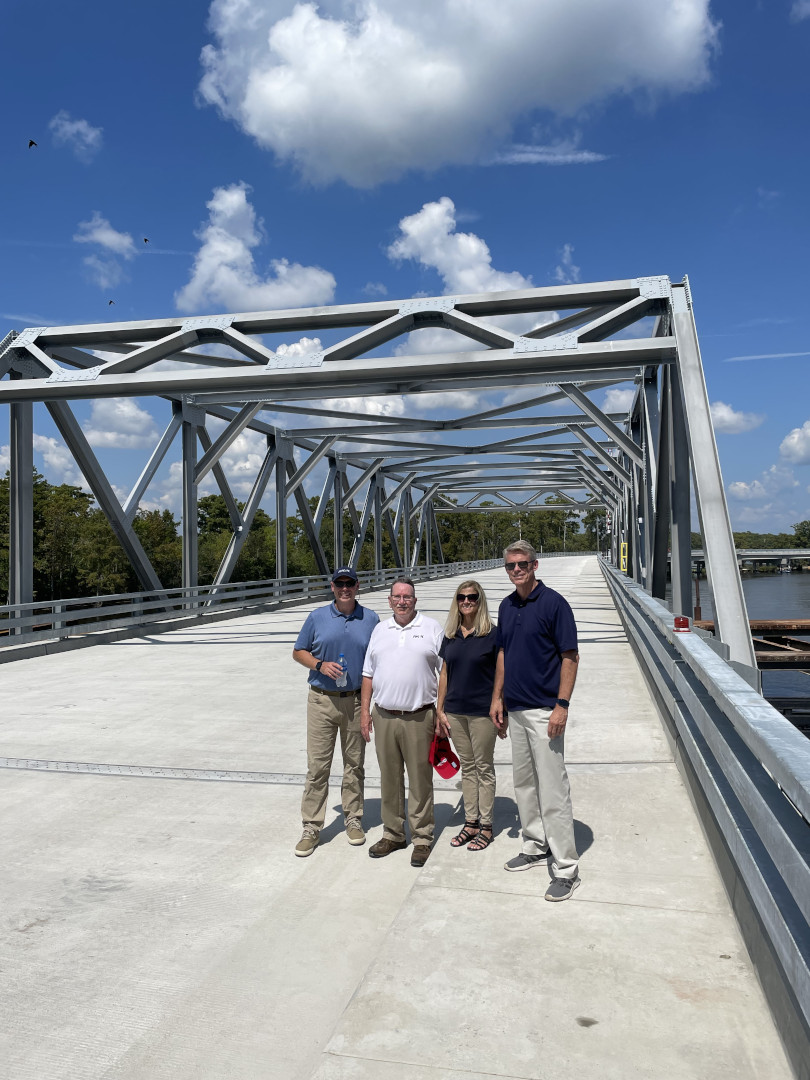 RK&K joined residents, community leaders, as well as representatives of the North Carolina Department of Transportation (NCDOT) for a Community Day recognizing the “Pride of Hertford.”

“It was very rewarding witnessing the community coming together to celebrate this new project,” said Transportation Director Mike Merritt, PE. “This event highlights that our daily work really does have a positive impact on our local communities.”

RK&K was the lead designer for the replacement of the historic bridge and causeway over the Perquimans River. The new bridge replaces the previous one, which was built in 1928. Because of the age of the existing bridge and the difficulty of obtaining replacement parts, the bridge was often closed for maintenance.

The bridge replacement is part of a $57 million project which also included a replacement of the adjoining causeway, which had been settling unevenly due to poor soil conditions under the roadway resulting in frequent and costly maintenance and road closures.

Common for unique swing span bridges, the design included the bridge tender’s house with all the controls for modern operation. The project also includes CCTV cameras and other infrastructure so the swing span can be operated remotely from another swing span bridge 20 miles northeast in Elizabeth City.

This exciting new project is expected to open to traffic in the coming weeks.