RK&K’s Environmental Water Resources group recently completed an emergency asset protection project at a tributary to Rock Creek in Bethesda, MD for the Washington Suburban Sanitary Commission. The team designed long-term stream restoration and asset protection for a recent emergency sewer break and an overturned water manhole as part of a partnership with the Maryland-National Capital Park and Planning Commission and Ross Construction.

Water Resources Project Engineer Rebecca Oakes explained that this project was needed because in the upstream sections of the tributary, water forces were acting on the exposed sewer pipe, causing a pipe breakage which released raw sewage into the stream channel.

“This was a concern both from an environmental and public health viewpoint,” she said. While the pipe was exposed, round-the-clock pumps were needed to keep the wastewater flowing and prevent it from running directly into the stream. However, these pumps failed frequently, causing sanitary overflows. Plus, once water pipes are exposed within the stream, they can fail at any moment causing extreme erosion and a problem for drinking water distribution, so an expedited design solution was desperately needed.

Thanks to collaboration between RK&K, the client, and other partners, the design was completed in four months.

The completed project resulted in full stream stabilization and asset protection so infrastructure will not be affected by the stream instability in the future. It also protects the stream from any more sanitary discharges and protects the drinking water pipe which will keep the residents’ toilets flushing and sinks running. In addition, within the downstream park setting, the restored stream now provides improved fish passage and habitat features as well as improved aesthetics for residents.

Check out before and after photos of the project site: 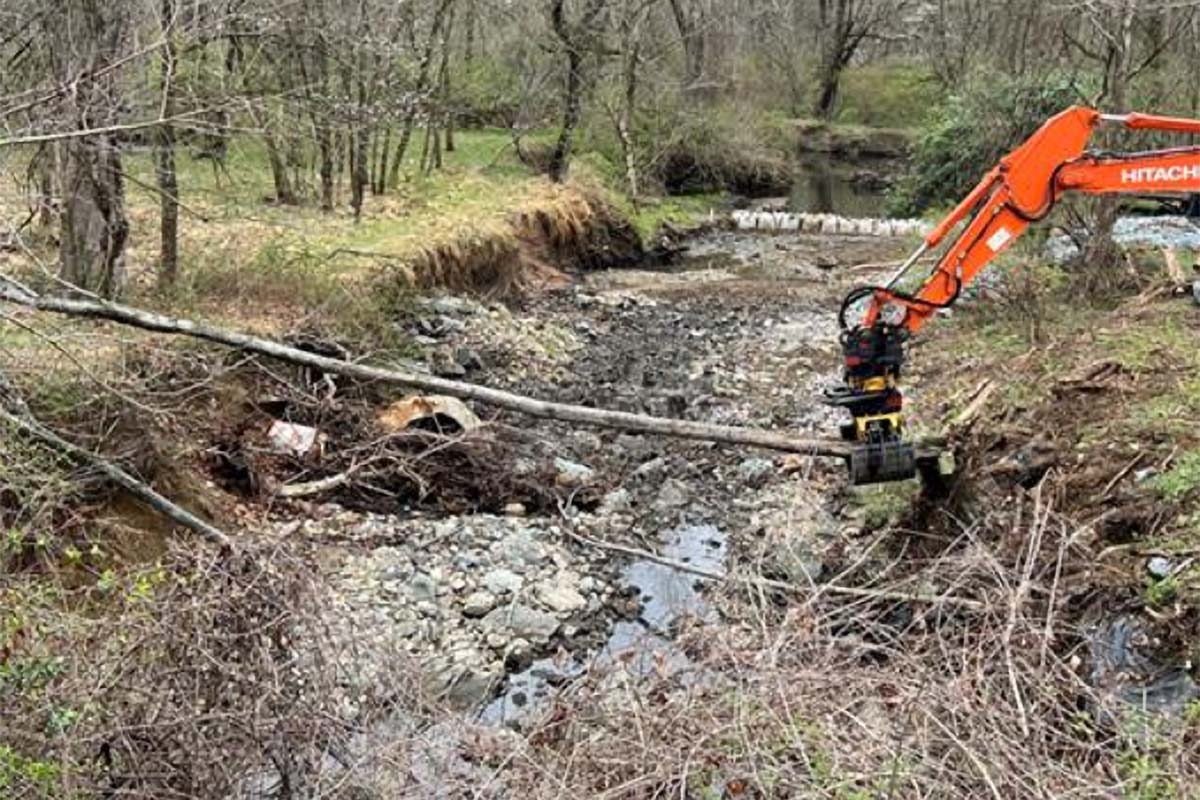 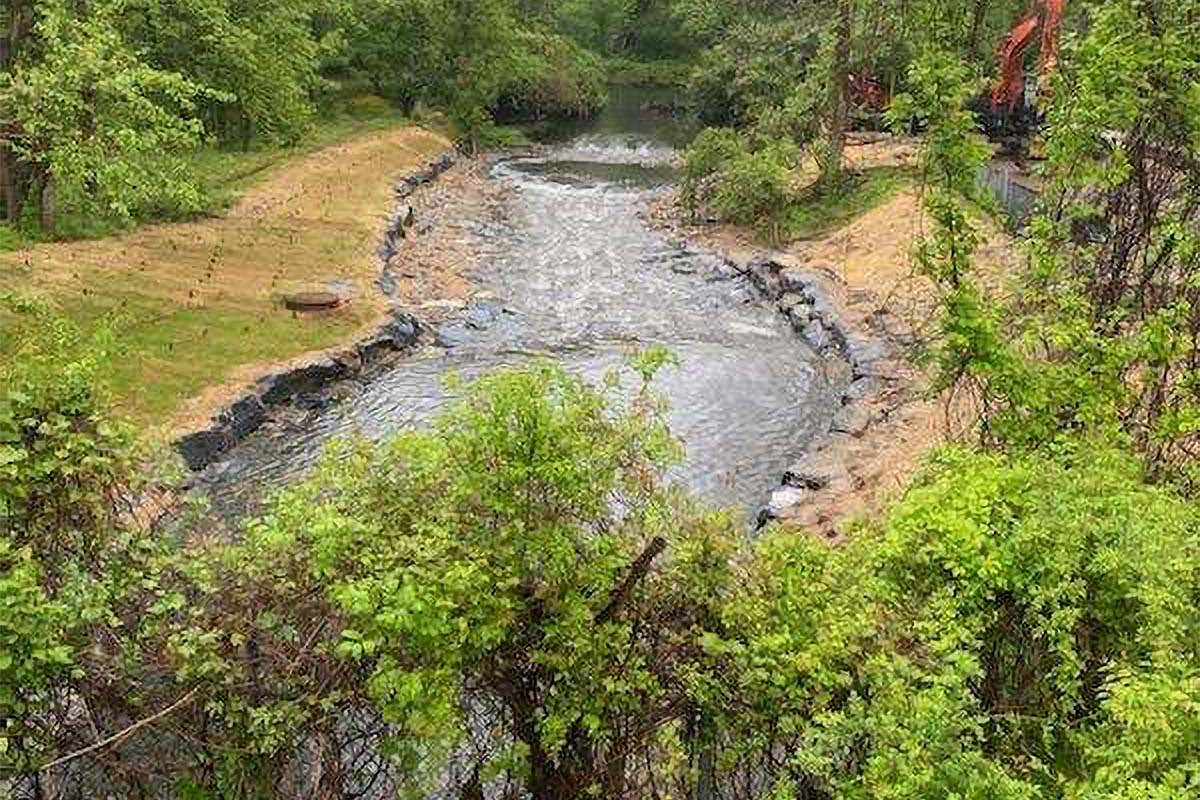 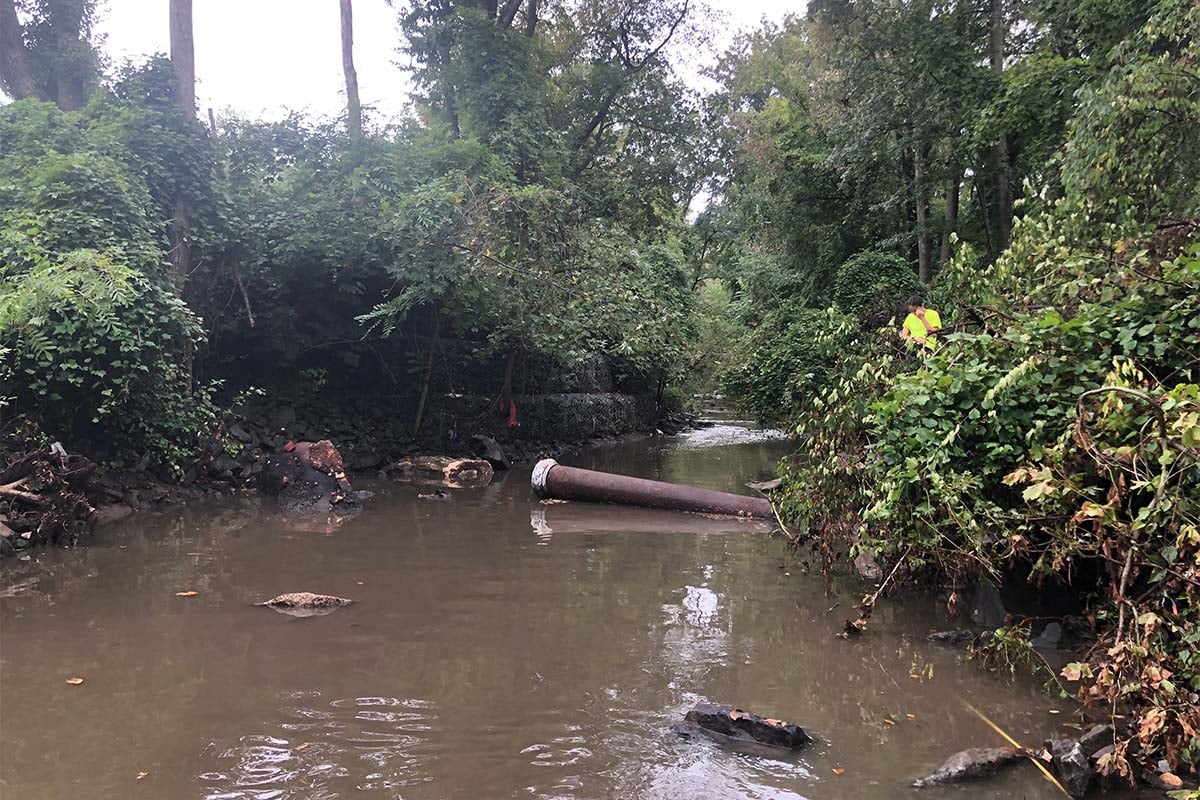 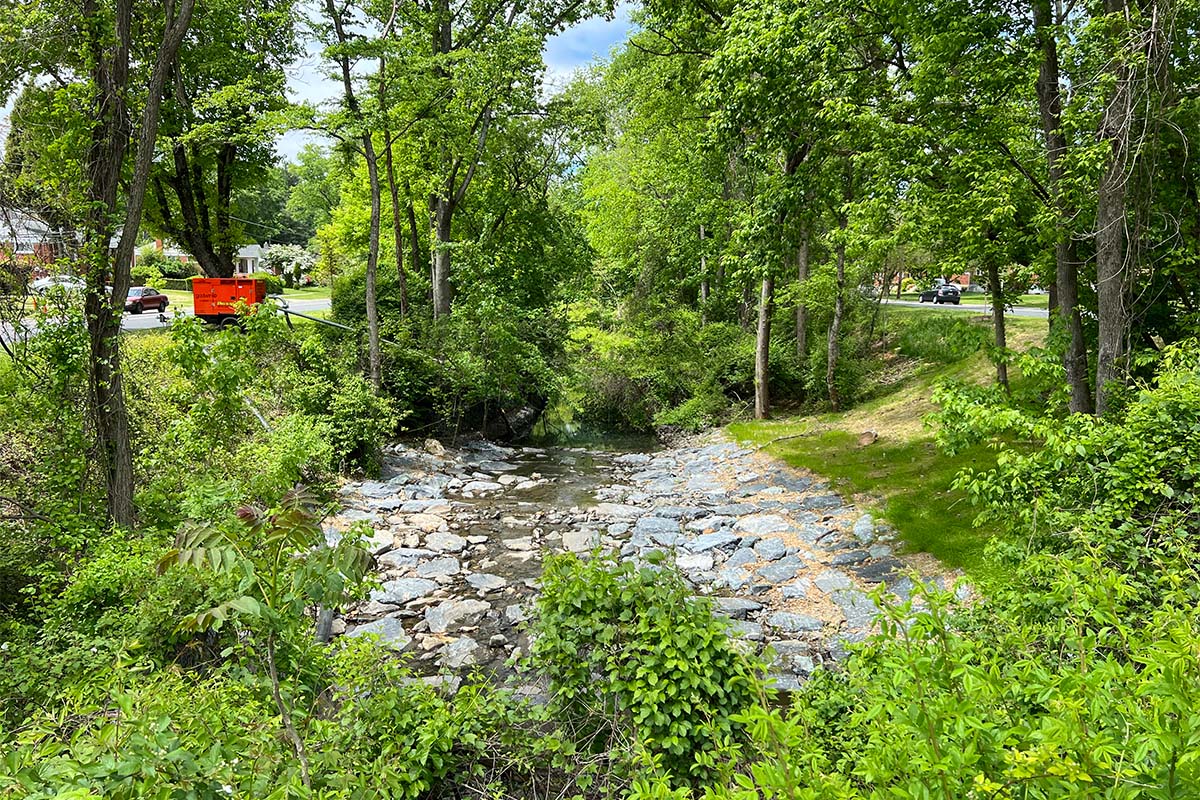