RK&K recently celebrated the grand opening of the new NC 12 Rodanthe Bridge along North Carolina’s Outer Banks, which is expected to open to traffic this week.

In 2016, RK&K began working with Flatiron Construction Corporation on a project replacing a section of NC 12 in the Outer Banks that was often subject to washouts and erosion due to multiple hurricanes battering the area.

According to Senior Manager of Water Resources Matthew Cook, RK&K has been involved with this highly visible and technically challenging gateway to the Outer Banks since then.

“This ribbon-cutting and grand opening is the result of many hours by each discipline at RK&K. It was truly a group effort that brought this project from design to reality,” said Matthew. 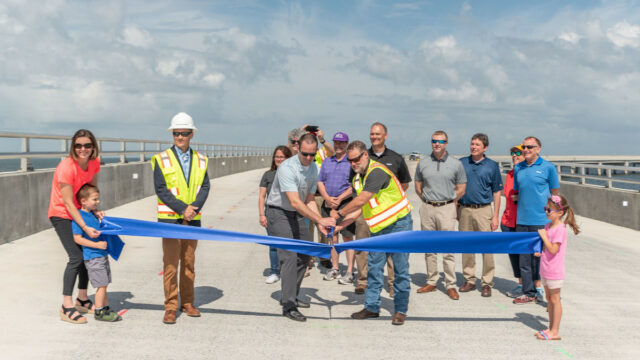 Cutting the ribbon for the Rodanthe Bridge along North Carolina’s Outer Banks.

The highlight of the design is a 2.46-mile bridge that extends into the Pamlico Sound. Nicknamed the “Jug Handle Bridge” because of its shape, the bridge redirects traffic away from a narrow sandy barrier island susceptible to erosion and breaches. It is designed for severe scour, vessel collision, and storm surge forces. It is the longest bridge ever designed by RK&K and is the ninth-longest bridge in North Carolina.

As the bridge moves southward and ties back to the existing shore, a roundabout design was used facilitate traffic. The bridge is over shallow water with submerged aquatic vegetation and a shipwreck which made design and construction challenging, said Matthew. As traffic moves to the new bridge, the removal of existing NC 12 which is shored by massive sandbags under the surface will commence.

The bridge is also located near one of the largest contiguous seagrass habitats along the eastern United States, which protects many threatened and endangered species. NCDOT approached RK&K’s biologists in 2017 to map the seagrass, commonly called submerged aquatic vegetation (SAV), and to track any changes in this fragile aquatic ecosystem throughout the course of the project. This was a monumental challenge that had not previously been completed on a scale of this size within the state. The environmental permitting process required coordination with many agencies to provide the necessary permits to build in this sensitive environment. 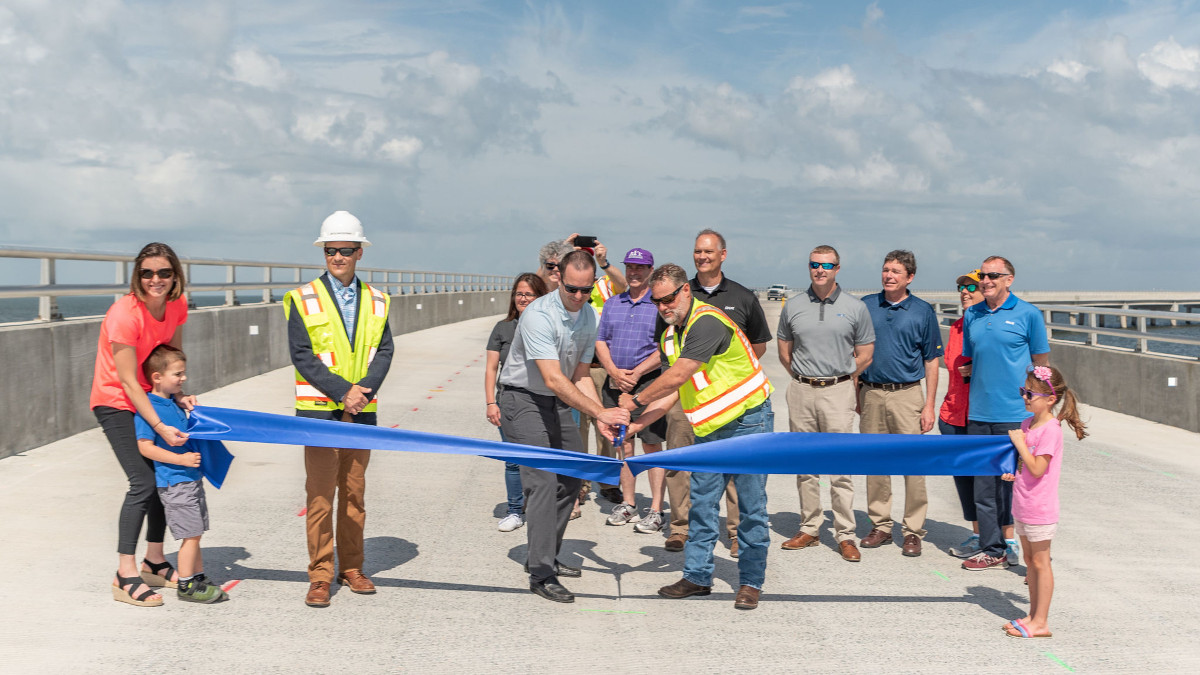 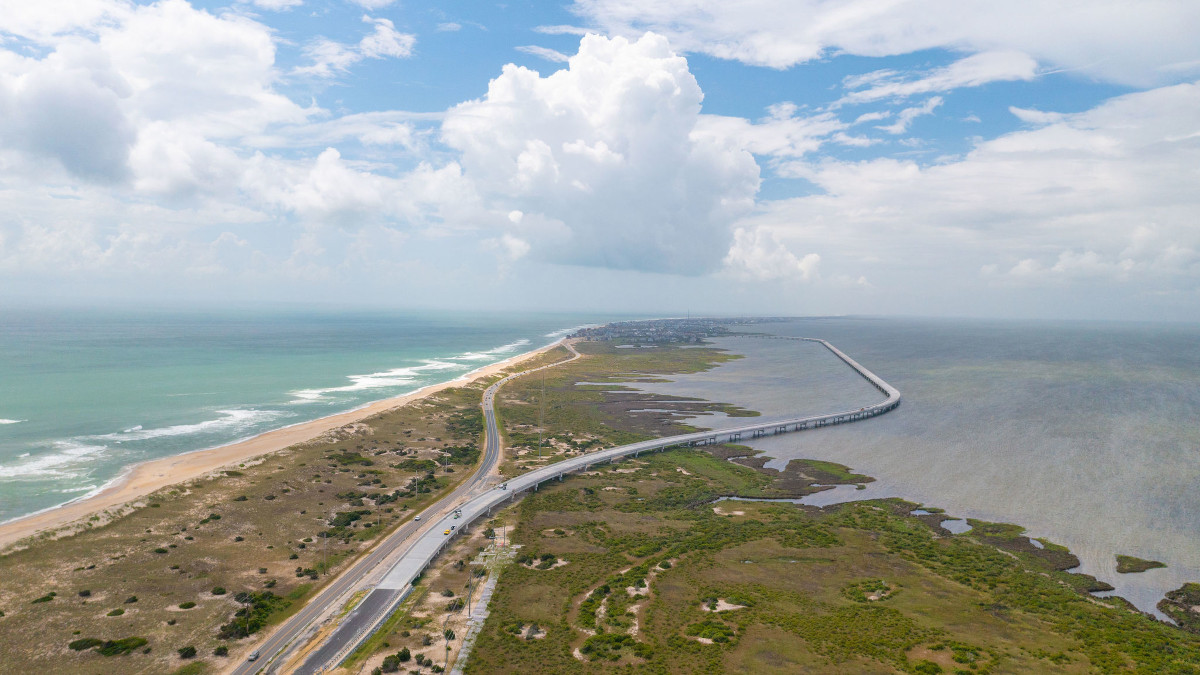 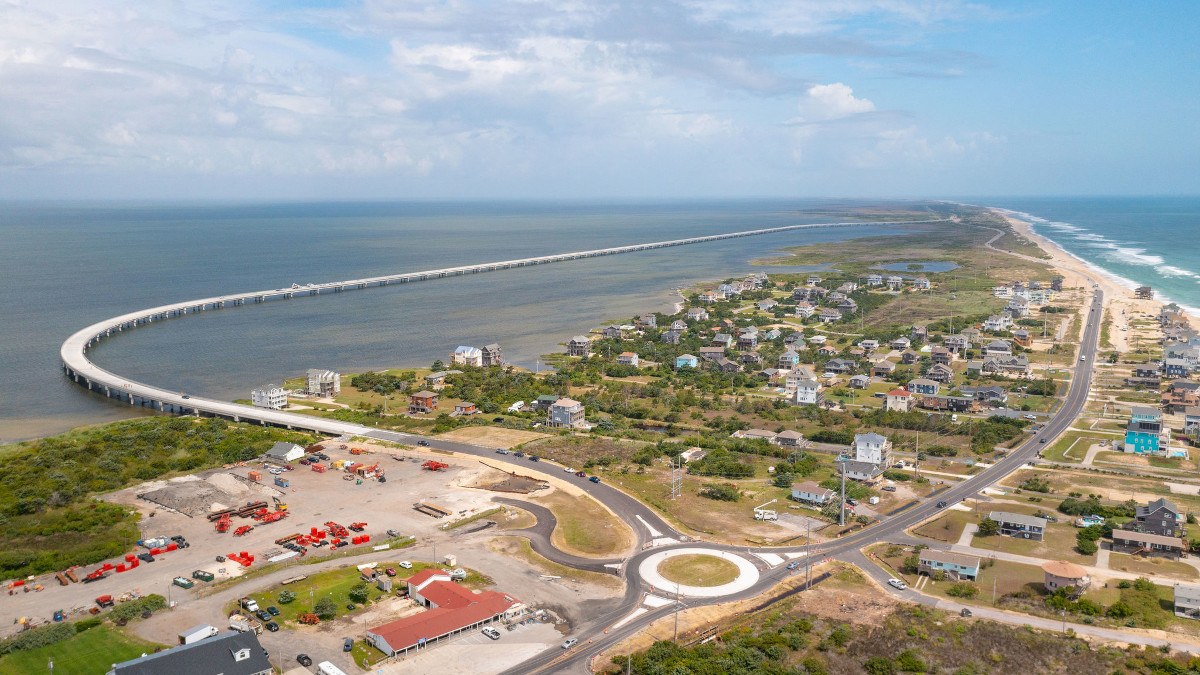 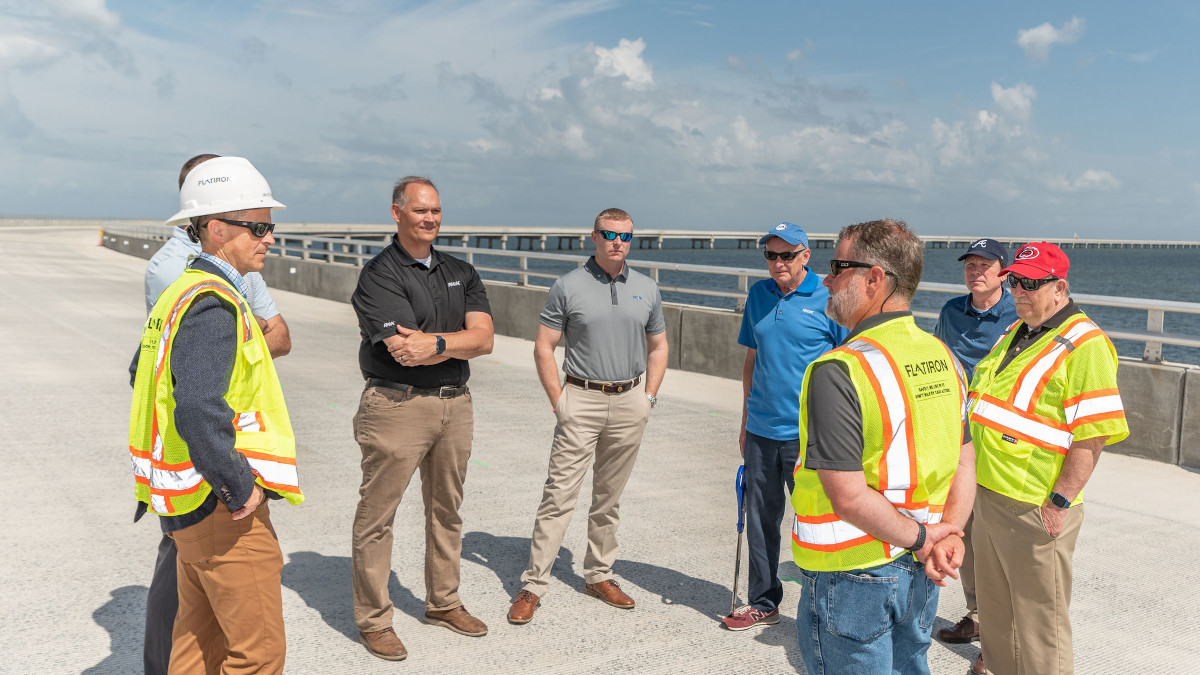 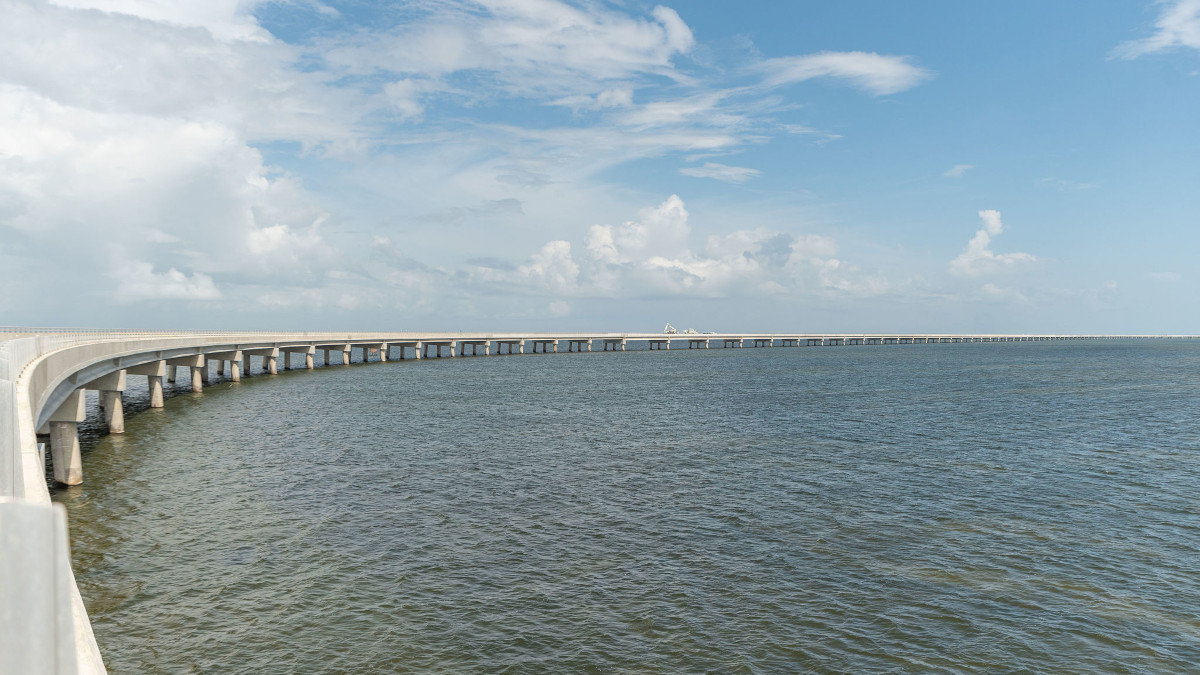 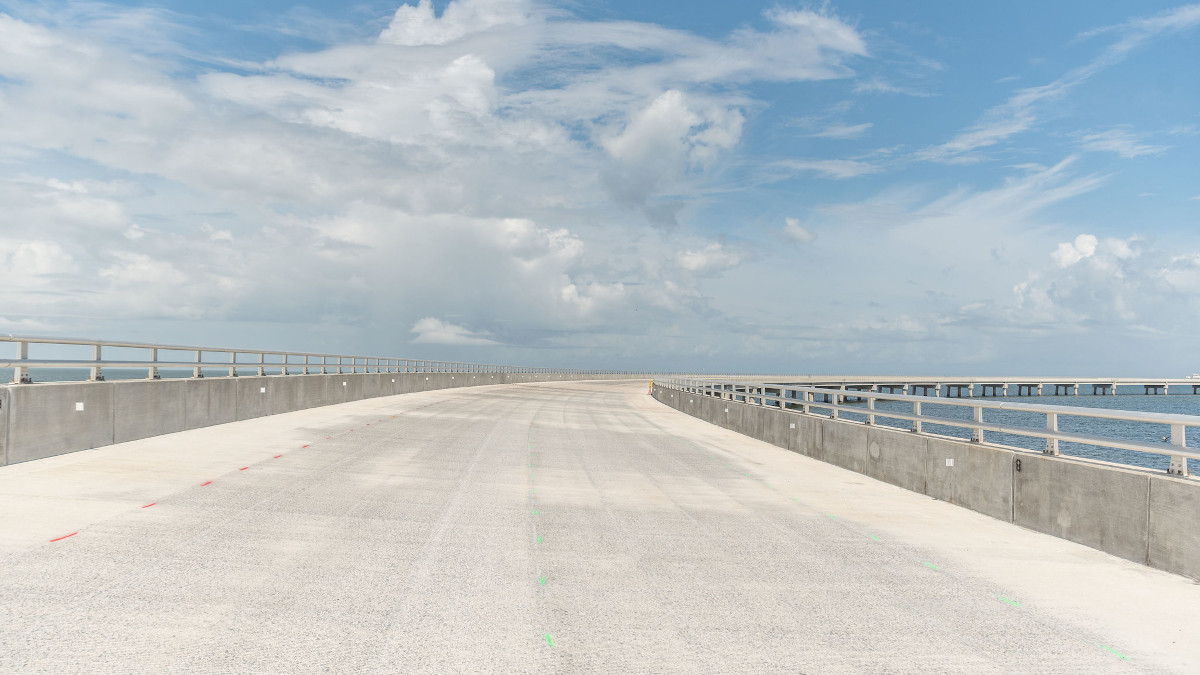 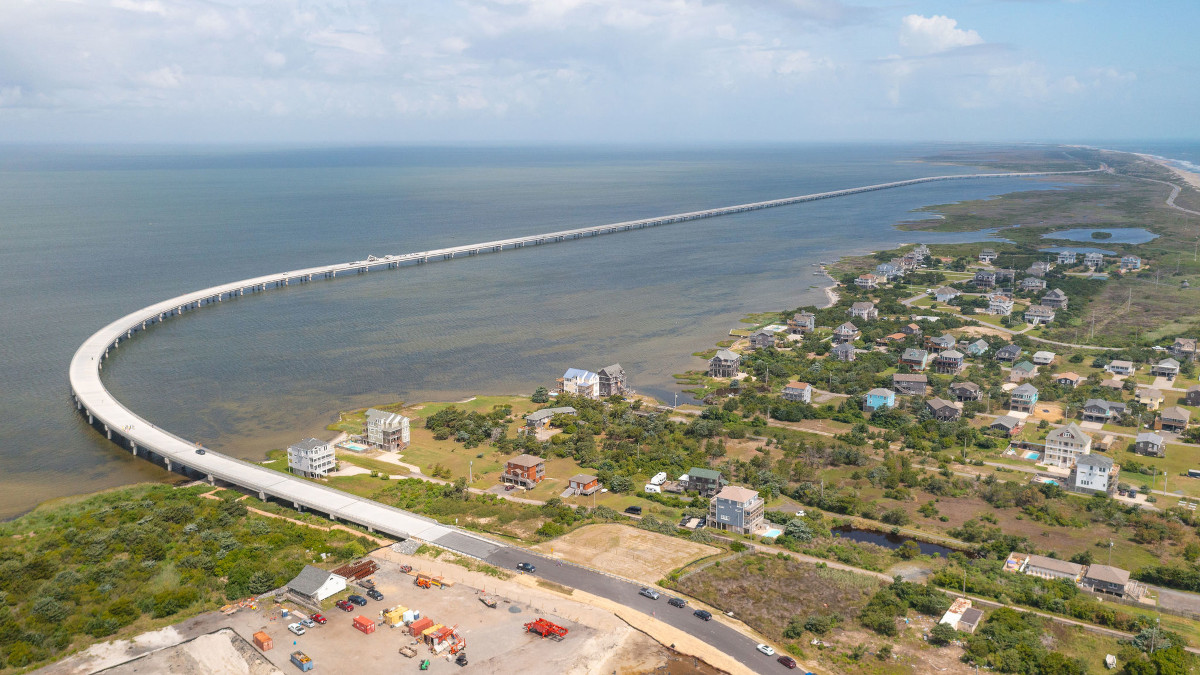