This article is one of a two-part series, in which Pete Stafford walks us through the environmental work RK&K is performing beneath the Rodanthe Bridge, a new 2.4-mile bridge in Rodanthe, NC. This bridge will serve as a long-term solution to erosion caused by multiple hurricanes that have battered the coast of the Outer Banks in recent years.

The Rodanthe Bridge is currently under construction near one of the largest contiguous seagrass habitats along the eastern United States. The seagrass habitat here is special. It serves as a primary nursery area for many marine species and provides abundant recreational opportunities for residents and tourists from around the world.

The North Carolina Department of Transportation (NCDOT) approached RK&K’s biologists in 2017 with unique challenges: to map this seagrass, commonly called submerged aquatic vegetation (SAV), and to track any changes in the seagrass community throughout the course of the Rodanthe Bridge project from preconstruction through post-construction. 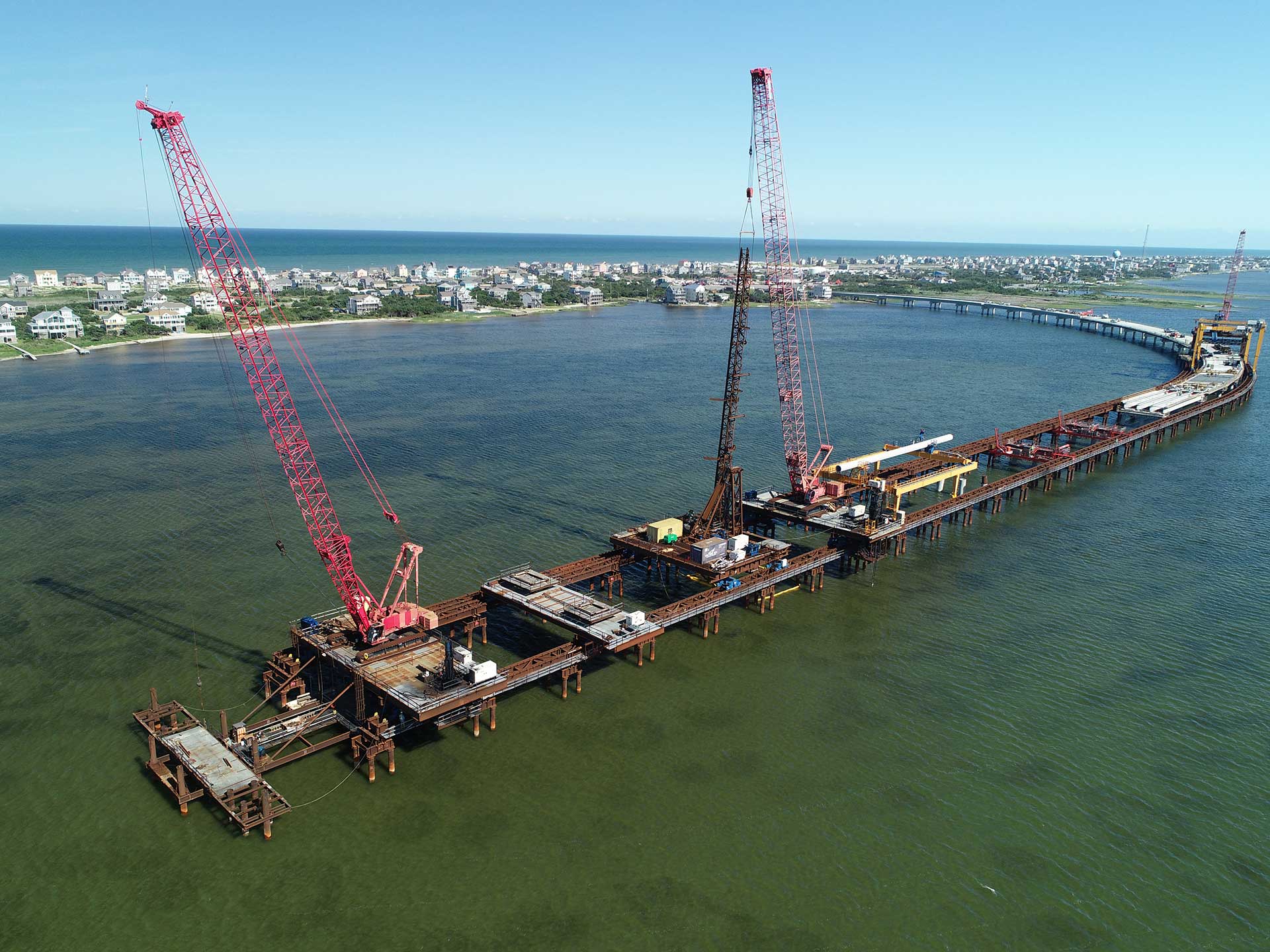 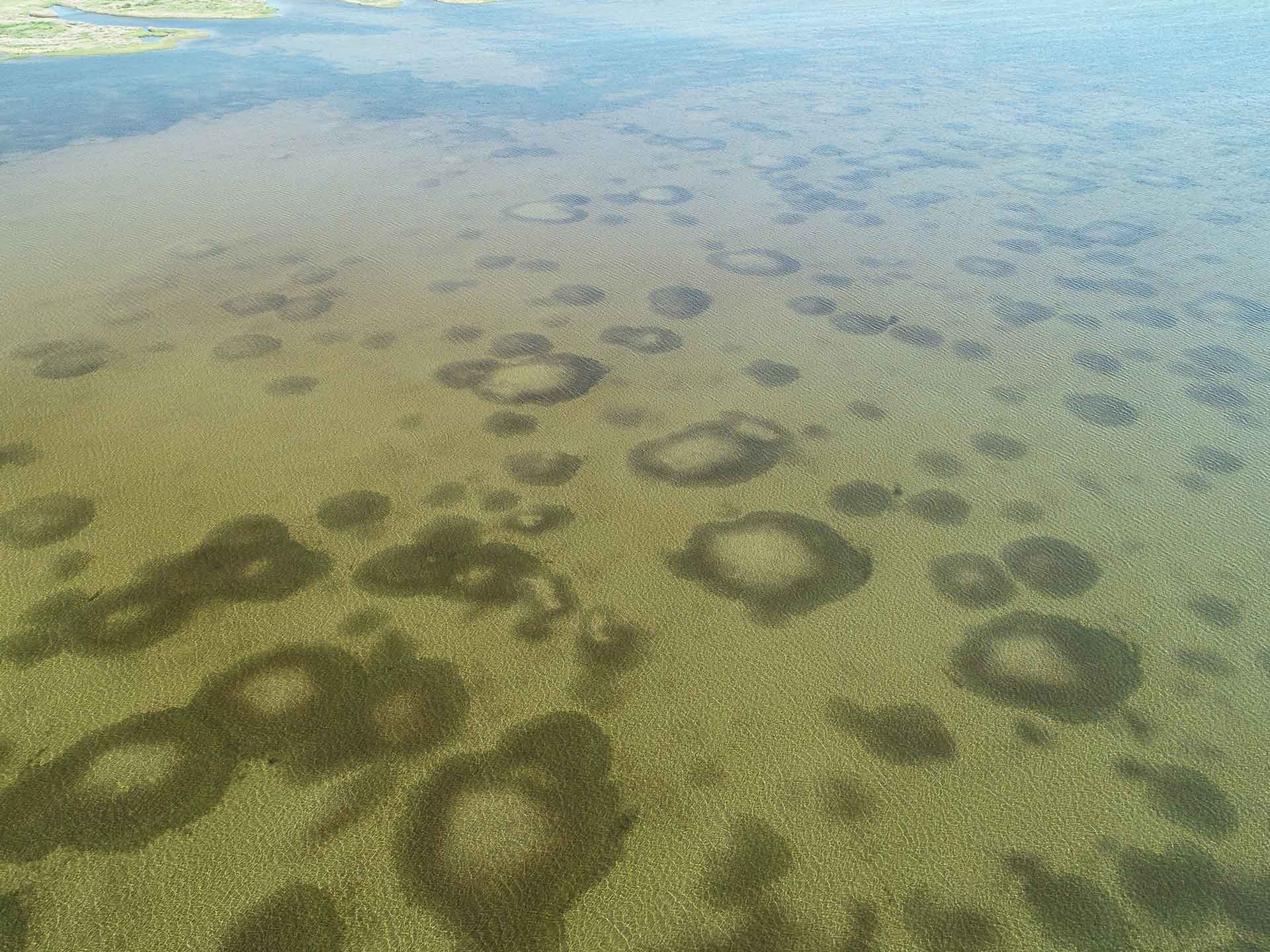 For scale, the Rodanthe Bridge will span approximately two miles over open waters of the Pamlico Sound and nearly all this area is seagrass habitat. Traditional methods of seagrass mapping were completed manually via GNSS/GPS receiver or by aerial imagery collected from a satellite or airplane. The initial seagrass mapping for this project was completed manually by walking the entire 2-mile span with a team of biologists and GPS locating seagrass beds within the designed dripline. Previous attempts at remote sensing of seagrass beds proved difficult. Imagery was not adequate in quality and may not have been collected during optimal conditions and time of year.

This was a monumental challenge that had not previously been completed on a scale of this size within North Carolina.

These mapping methodologies presented a variety of issues. In addition to the mapping challenges, Federal Agencies required that NCDOT not only consider effects of the bridge to seagrass directly under the bridge dripline, but also potential impacts that could be caused by bridge shadows and long-term indirect effects of bridge construction. With these requests, the Rodanthe Bridge seagrass study area grew from 42-feet wide to 1,000-feet wide for the full 2-mile span over open water. Not only did the study area grow, but additional variables would be needed to accurately characterize the seagrass community during this preconstruction phase. With spatial rectification of seagrass maps to determine occupied area of seagrass, a density assessment was also required to fully establish a baseline prior to construction. A manual effort would take too long, become too costly, and may damage seagrass during the process. Remote sensing from satellite or airplane base imagery seemed to be a logical route but prior experience resulted in imagery that was collected in poor conditions or the wrong time of year. In addition, the seagrass mapping onsite would need to be assessed two times per year to capture the various seagrass species during their growing season. This was a monumental challenge that had not previously been completed on a scale of this size within North Carolina previously. NCDOT asked RK&K to solve these issues and develop a cost-effective methodology to map seagrass for this project.

The project team proposed a solution to NCDOT. Collect imagery with UAS (drone) technology, extract the seagrass beds via a GIS-based image analysis technique and ground-truth the data for accuracy and determine seagrass density. In theory it could work — but would it? If completed properly, imagery data collection with UAS would solve some of the issues with imagery from satellite or airplane. Collecting the imagery data with UAS would also allow for quicker response to optimal weather events and species growing status. This strategy proved true as RK&K biologists successfully worked with in-house GIS teams to develop a UAS methodology to map seagrass. 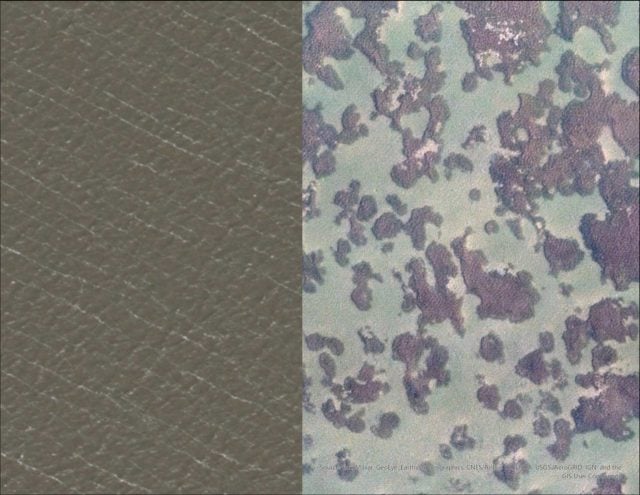 This seagrass UAS imagery was collected during an optimal weather and species-specific time, further optimizing image quality and data integrity. Having the flexibility to collect imagery during optimal times coupled with a proprietary technology/methodology was the key factor in figuring out this piece of the puzzle.

Now that imagery has been obtained, a GIS-based image classification methodology was successfully deployed to extract seagrass polygons and locations. The goal with interpreting seagrass from the imagery will not only inform the project decision making and satisfy permit requirements, but also aid in the development of a machine learning tool to evaluate changes from one dataset to the next. This tool is in development by RK&K’s biologist and GIS teams.

Currently, the Rodanthe Bridge is nearing 40% completion. Over the next year, RK&K will continue development of our machine learning models and further implement UAS technology that was developed specifically for this project.