Lee Dayton is a Project Engineer in the Baltimore office who has been with RK&K for 22 years. In those 22 years, Lee had the opportunity to work on some of the biggest projects in Maryland, including the Woodrow Wilson Bridge and the Intercounty Connector. 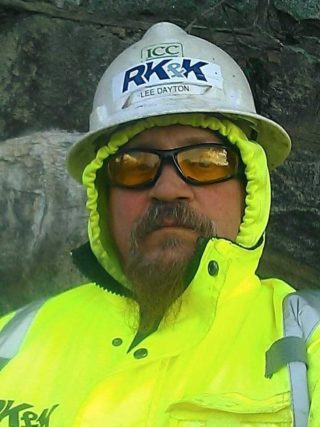 Lee started his career in surveying and as the key quality control engineer on tunnel projects for about ten years before coming to RK&K. He was surveying for a commercial building and then an opportunity came about on the last section of the Baltimore subway. Lee worked for a contractor as a surveyor there and then crossed over from the surveyor into key quality control as a tunnel engineer. Lee spent ten years in the tunnel business, and his last project was a tunnel project in Washington, DC before coming to RK&K. Lee answered an ad in the paper for a lead inspector at RK&K, and has been at RK&K since.

The first thing Lee does when he gets to work, like many of us, is make a cup of coffee. After that, he gets with his inspectors and office engineers to talk about what happened the previous day and about what’s going to happen today and for the next few days. “It’s more general than specific, Lee said.” So we’re just kind of saying, hey, how’s it going? What’s coming up? What do we need to know? Do we need to bring a surveyor in to do some checking? Do we need to go ahead and test some concrete? What’s coming up? And then I go over the daily reports from my inspectors and do paperwork.” Every day, Lee does documentation, paperwork, checks on inspector’s reports, and answers emails.

Commuters who don’t work in the civil engineering industry pass over bridges every day, but don’t know what goes into building or replacing a bridge.

Currently, Lee is the Project Engineer on a bridge replacement project in Baltimore City. Commuters who don’t work in the civil engineering industry pass over bridges every day, but don’t know what goes into building or replacing a bridge. “As someone who just drives to work, and drives across a bridge, you just see the roadway parts of the bridge, sections of the bridge,” he said. 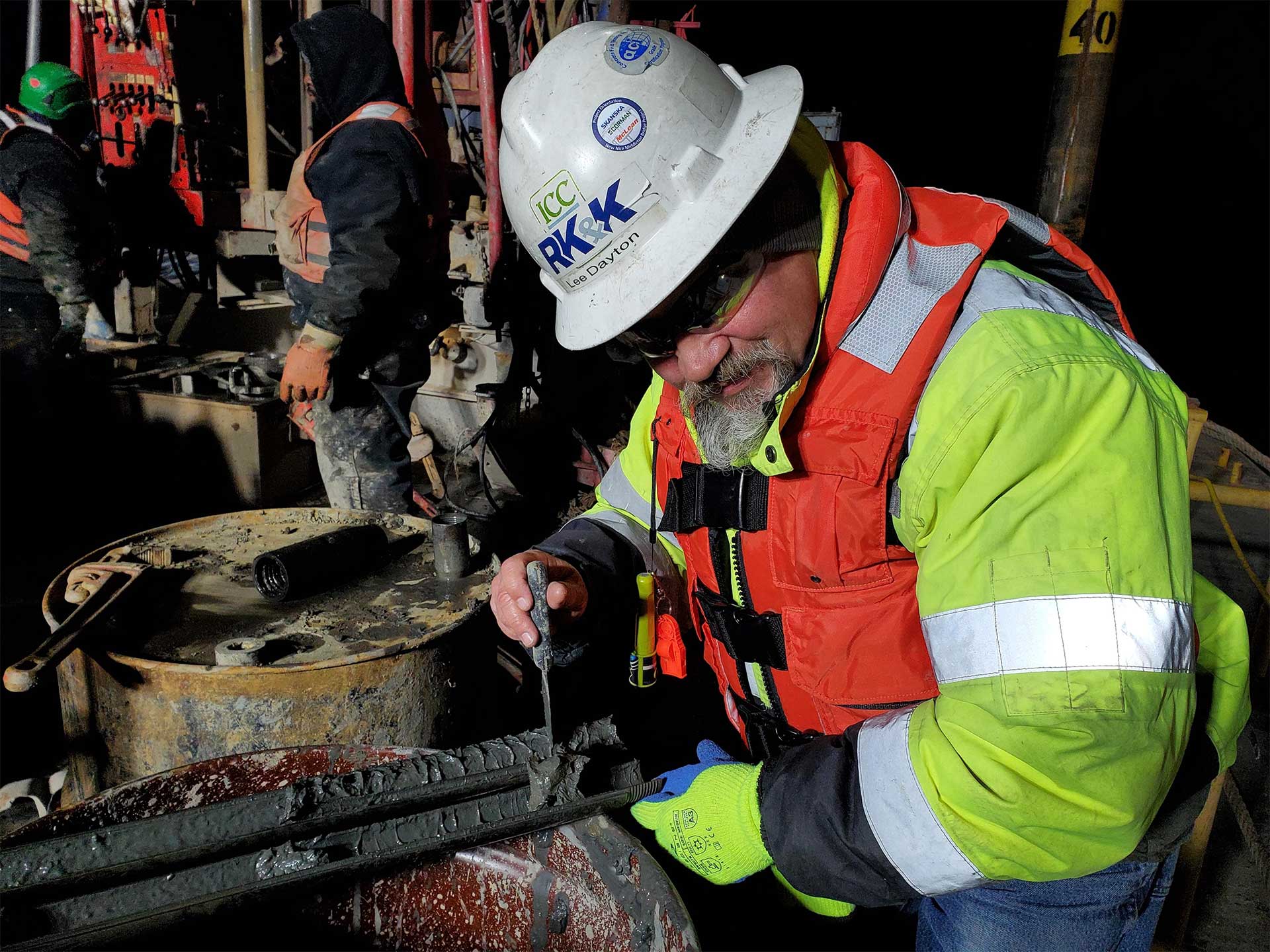 Lee walked us through the process of his current bridge replacement project. “When you replace a bridge, you demolish the old bridge. Then there are different phases of building the new bridge. The first phase is to build your piers and abutments from the ground up. Then, with a machine you dig at the locations of the piers and the abutments. Sometimes you will drive what is called a pile, which is a steel beam basically in vertical position, and you bring in what is called a Pile Hammer and you drive it into the ground. There are certain parameters that you must meet. For an engineer, you drive all the piles. Then you go to the form work for the concrete. This section of the bridge is called footing. You form up. You put in place rebar and then you pour the concrete. Once you complete the footer, you move on to the pier. After the pier column, you do the pier cap. After you finish the pier caps and all your abutments, the substructure is complete. Then you move on to the superstructure, the bridge deck, and then the riding surface. When you jump in a car and ride across the bridge, that’s what we call the riding surface. It has rebar and concrete and different elements that go inside. As far as if you got to run cables for communication across the bridge, lot of time to go ahead, put it in the deck. That gets finished. And then usually the final step is, is the barriers that are on the sides to prevent you from going off the bridge. We go ahead and we pour that. So, in a nutshell, that’s how you build a bridge.”

One of the aspects Lee loves most about RK&K are the opportunities to work on big projects.

Sometimes problems arise on a project. Specifically, on a bridge project, there can be issues with what’s being built and how it’s being built versus what’s on the plan. “Usually the crews will get out there and start building and then realize we can’t build it like the plan specifies,” he said. “Then what they do is they send in what is called an RFI (Request for Information) saying, ‘The design wants us to put this rebar in this footing? You’re calling for 10 bars right here. Well, it looks like only nine will fit. What are you doing with the extra bar?’ That’s when you have to get back with the designers.” 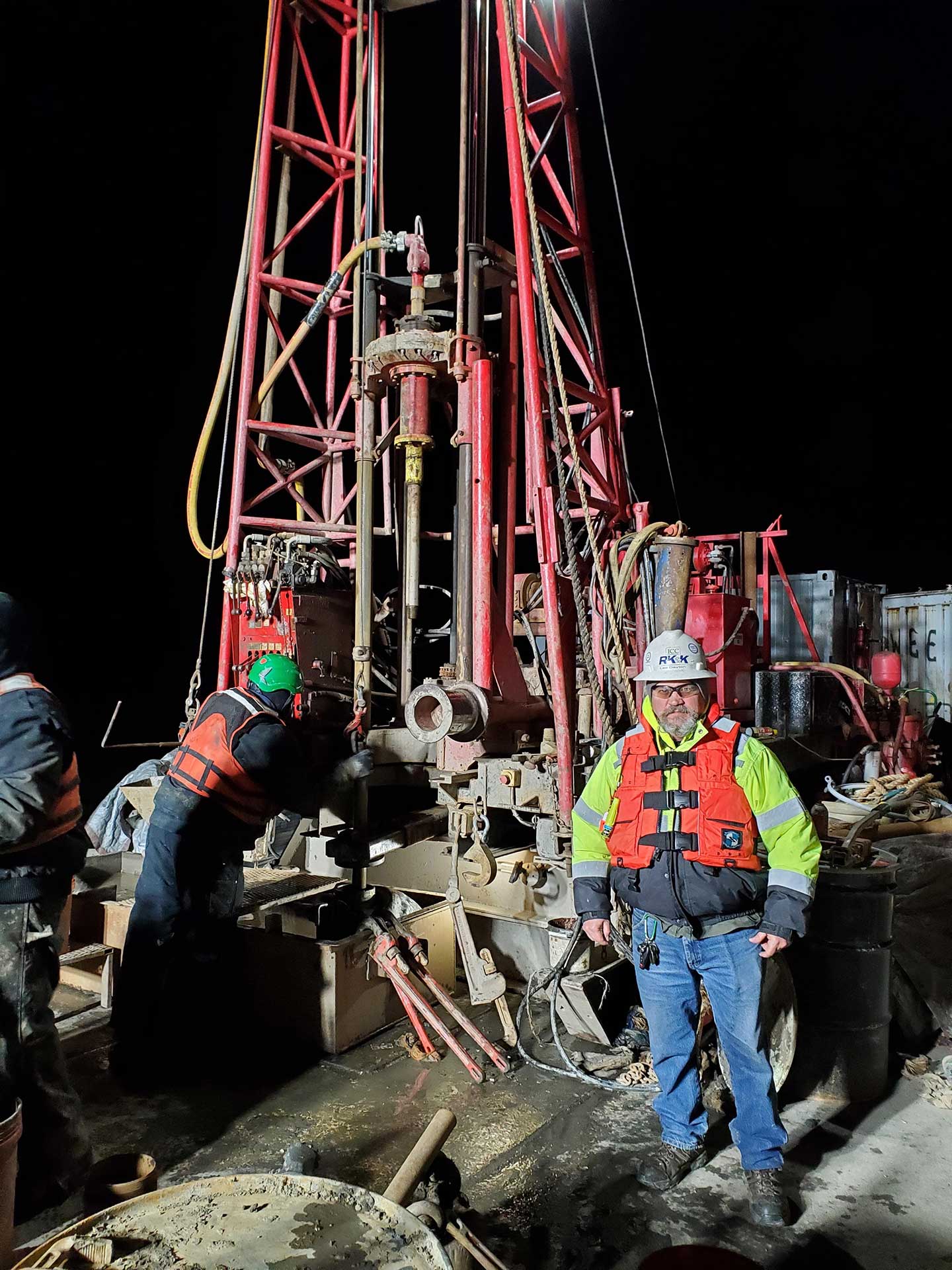 One of the aspects Lee loves most about RK&K are the opportunities to work on big projects. Lee has had the opportunity to work on the Woodrow Wilson Bridge, the Intercounty Connecter (ICC), and the MDTA I-695 ETL project. Lee remarked that one of his proudest projects was the ICC. “Because on that project we were QA and I was in charge of 21 bridges, three triple box culverts, noise walls, retaining walls,” he said. “It was a large project and being on the QA side is a little different because we don’t necessarily have to be hands on all the time. We’re just checking to make sure that the QC was being done accurately. So, I had a relatively small staff for as large as the project was and as fast as the project went. I was proud of the fact that we got everything built on time, on schedule, and it looks great. You probably will never see any other project like that in the state of Maryland with that architectural look. Very cool.”

Lee’s favorite part of his job is to see bridge projects being built and getting to know his Inspectors.

Lee’s advice for someone young who wants to get into the Construction/Inspection business is to “Get your hands dirty.” Though many young engineers graduate from college and want to be a designer, Lee wants to encourage people to start on the Inspection side. “Come out. Be an inspector,” he said. “You don’t have to do it for the rest of your life. If you like it, do it for the rest of your life. But learn how to build a bridge. Learn how they build roads and storm drains. If you earned a four-year degree in civil engineering, you probably want to design. You want to create something of your own. Don’t you want to know what’s behind the design and how to build it? Because there’s a lot of times where we’ll get plans, and you just can’t build it that way. I think the young designers don’t have the field experience and don’t know how to build it. Starting out in the field would add a level of expertise most designers don’t understand.” 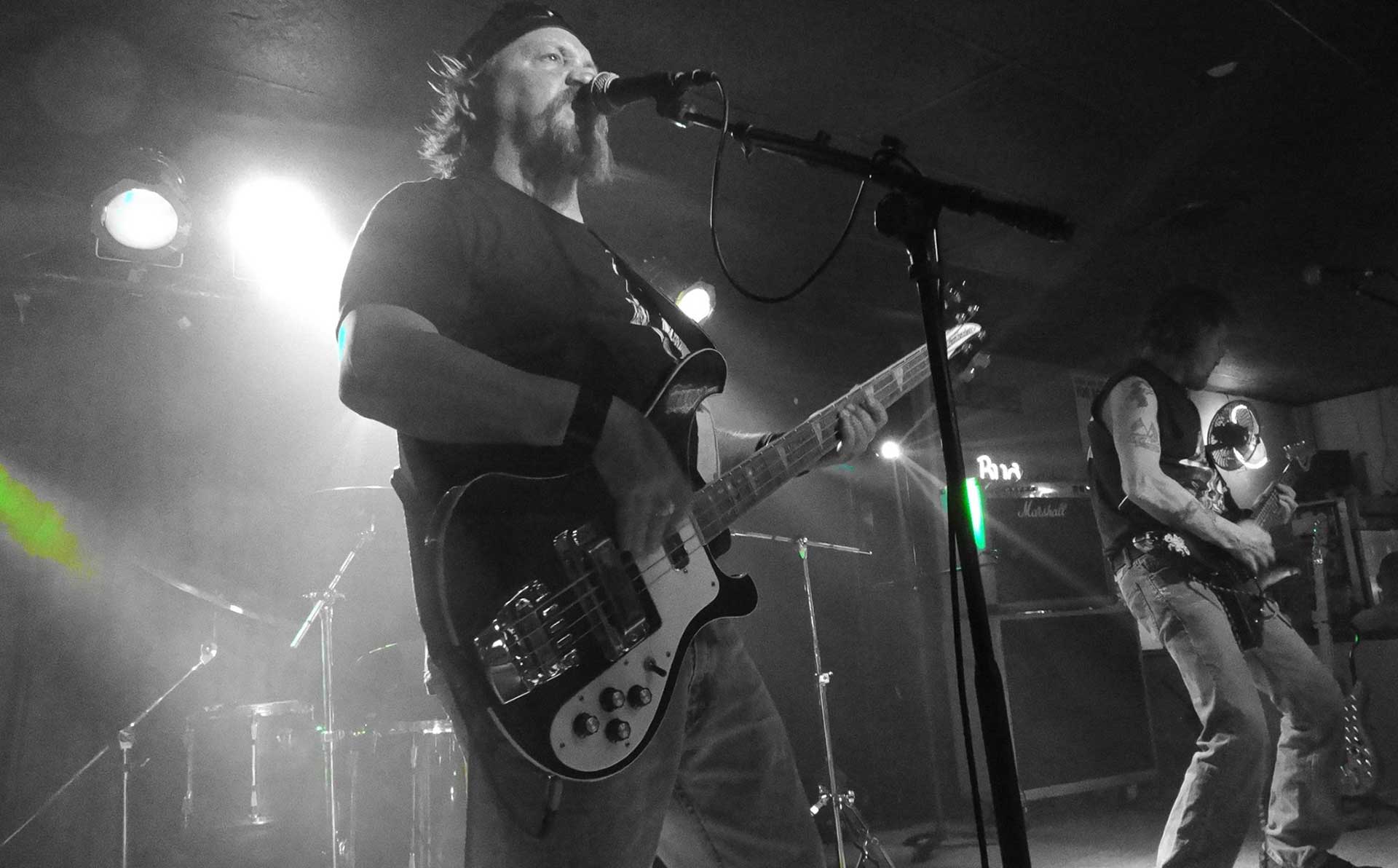 A glimpse into Lee’s other life as a rockstar.

Lee stated that they need more young people in the Construction/Inspection industry. “A lot of us older guys are nearing retirement age. I probably have another 10 years, that’s about it. We’re not getting the young guys coming out.” Lee told a story of a former RK&K Partner who started his career in Construction/Inspection and worked his way up to be a Partner.