Our new ‘Day in the Life’ segment takes a deeper dive into the lives of RK&K’s field employees. It’s easy to see our designs coming to life as projects are completed, bridges are built, and new roadways are constructed, but what happens behind the scenes?

Today we are highlighting Tim DiLiscia, a Construction Manager out of the Fairfax office. Tim oversees and manages construction for the project owners, and ensures the work is being completed within budget and to the exact specifications of the design. He interacts with the engineers, designers, and construction staff to predict problems before they arise.

When Tim first gets to work, he likes to drive through his projects to get an idea of what’s going on and what was accomplished the previous day. Then, he speaks with his inspection staff while they’re updating their diaries. This helps Tim get a feel for how things are going in the field, since they’re out there all the time to see what, if any, issues might arise. 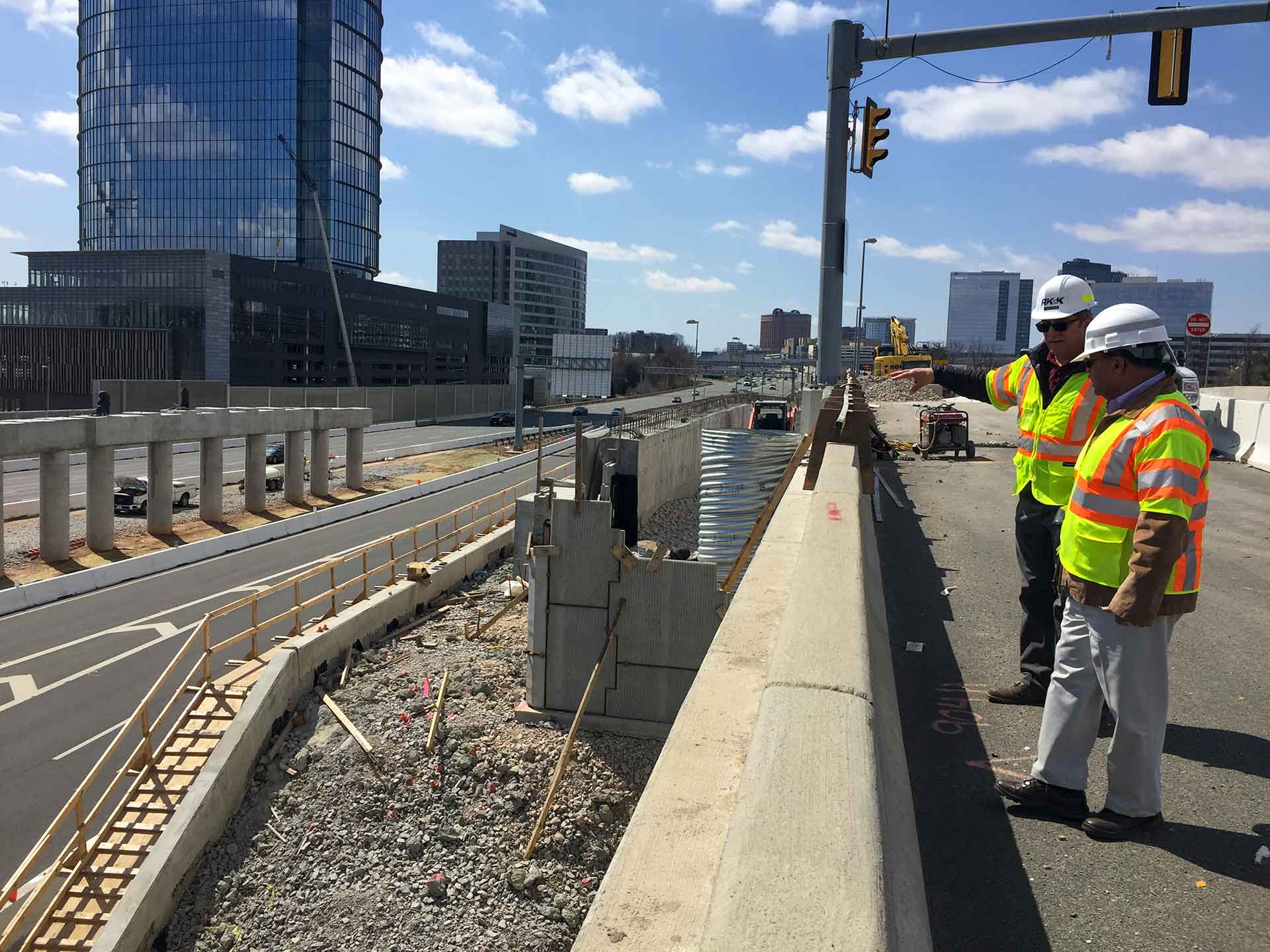 Every single day-to-day involves going over the planned activities with the inspection staff and reviewing the daily reports and upcoming work. All of this helps Tim get a better feel for what’s going to happen on any given day.

If there are some kinks in the plan, and something needs to be changed, Tim has discussions with the designer to figure out how to keep the project on track. He also likes to explore his projects on foot, at least a couple of times a week, to see firsthand what progress is being made.

While he is physically out on the project, Tim will take measurements, climb up and down the scaffolds, and climb under the bridges to look things over. If they are short on inspection staff, he will help test concrete or fill in wherever he’s needed. 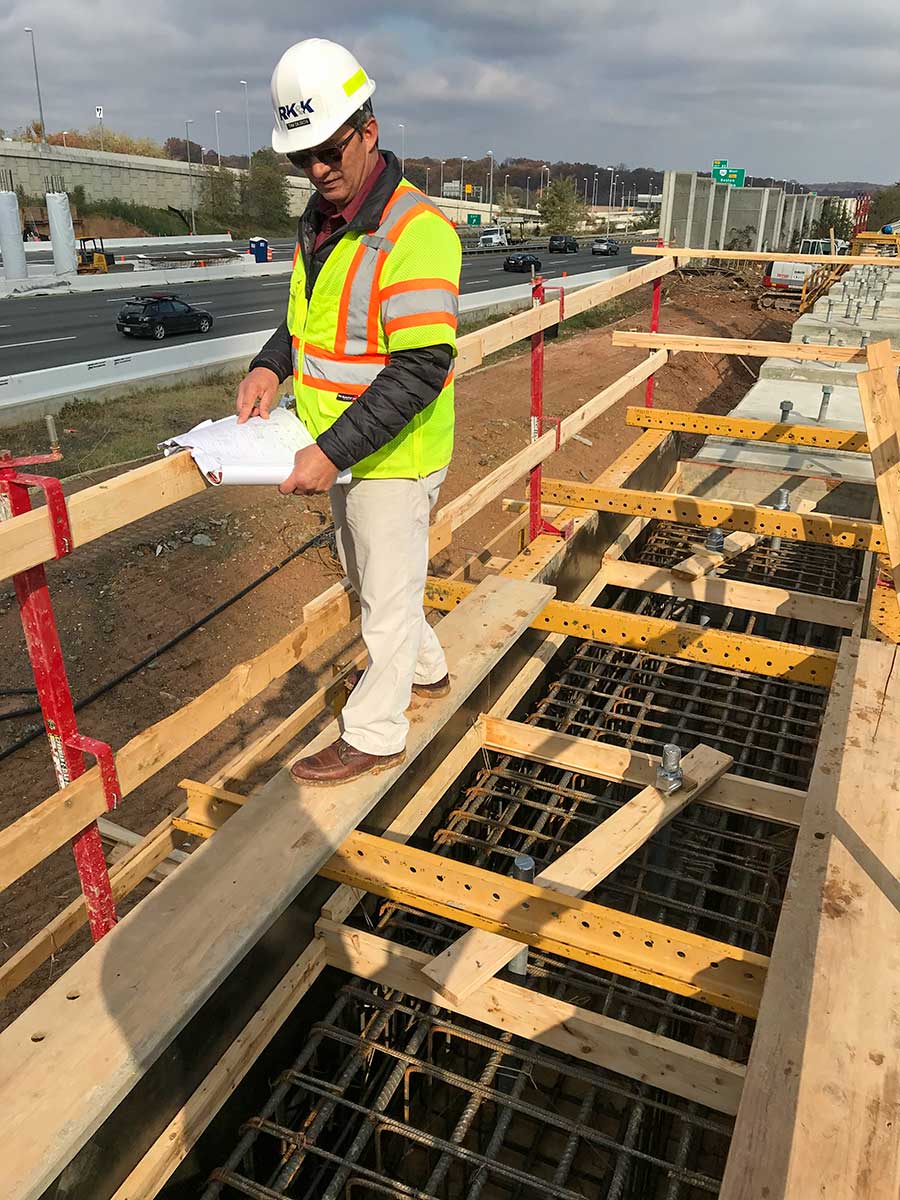 Tim’s career path was a little different than most in his position as a Construction Manager. After graduating from high school, he went to work as an apprentice for his father’s company for a couple years instead of going to college.

“I think most people choose to go to college after high school, but I don’t think everybody’s made for college,” Tim said of this decision. “I mean, I think you can become successful by not going to college, just by hard work and paying attention and having the right mentors. I was lucky in my career that I had people who were willing to mentor me and teach me in the field.” These mentors had a big influence on Tim becoming what he is today, and they have remained friends throughout the years.

“I was lucky in my career that I had people who were willing to mentor me and teach me in the field.”

After completing his apprenticeship, Tim went to work for a large road construction company as a laborer. They eventually offered Tim a job as superintendent on a project in another state, which he took, and was then promoted to a general superintendent and started managing projects. After about 30 years, Tim moved over to the inspection side. He was ultimately asked to interview for Construction Manager position in Virginia and got the job. Tim has now been a Construction Manager for 10 years. 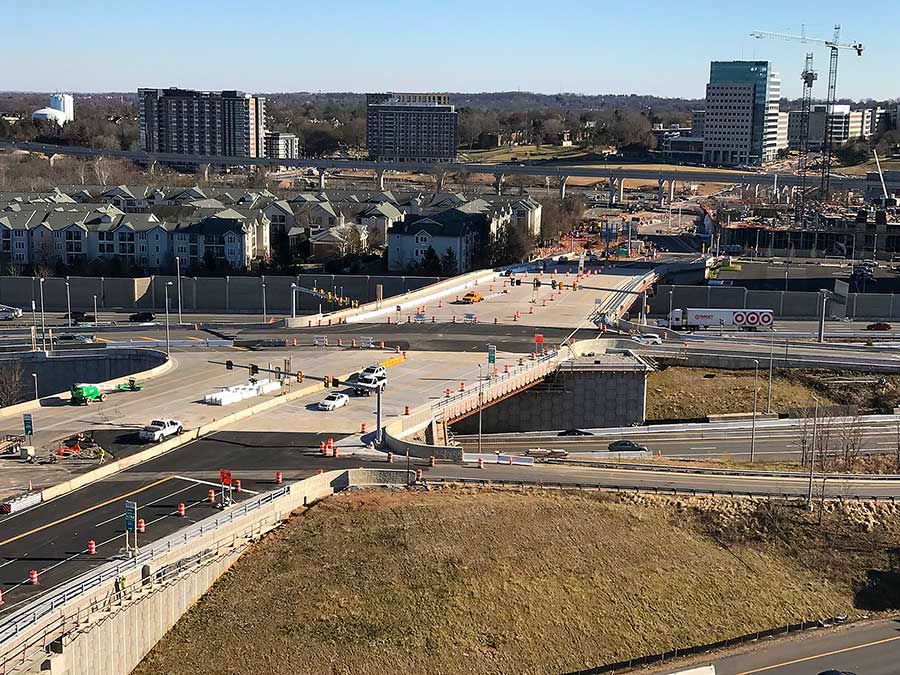 “A really good day is not having any paperwork in the office and being able to spend a day out in the field talking to my inspectors,” Tim says. He also likes to talk to the contractor staff. “There’s a wealth of knowledge out there.”

“A really good day is … being able to spend a day out in the field talking to my inspectors.”

Another good day is if you come upon a problem and the problem gets solved that same day. “I don’t like problems to go on and on because, in my opinion, they get blown out of proportion. So, a successful day to me is either no problems or having small problems and being able to solve them that day.”

However, when a problem does arise, the first thing Tim likes to do is identify the issue. Then, he’ll get his team together and assess the problem. “If necessary, I’ll call the designer and talk to them about ways to solve the issue. The contractors have a wealth of knowledge, too. So, depending on the issue, I may talk to the contractor and get their opinion. Sometimes, contractors have more creative ideas to solve a problem than the designer or me.” 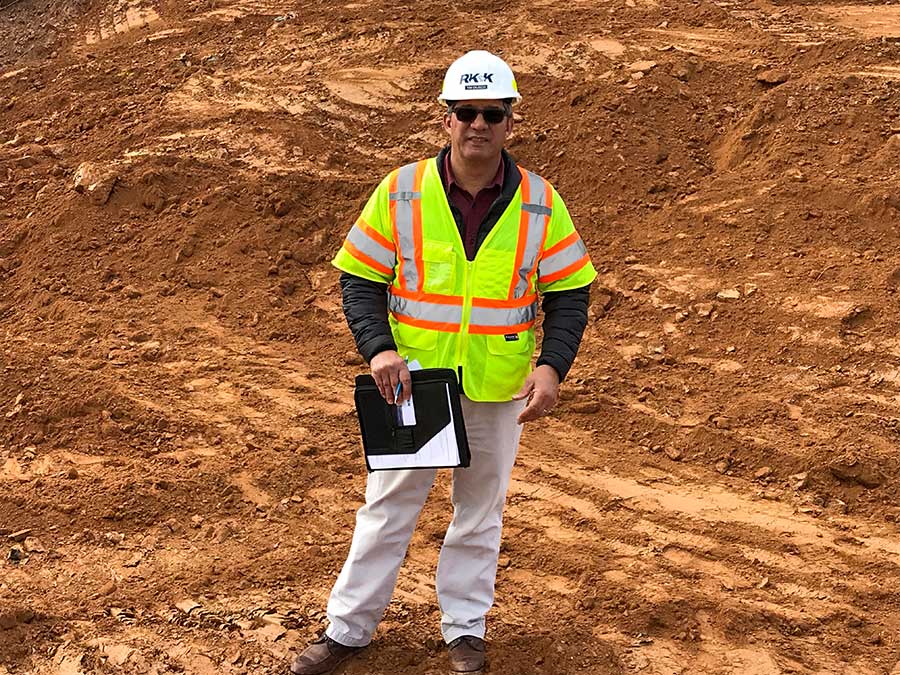 We asked Tim what his proudest achievement has been, and he said he is most proud when representing RK&K on VDOT‘s highest profile projects. He is also proud that he gets to mentor RK&K inspection staff on these projects. “Mentoring is key for anybody, whether they go to college or don’t go to college. It’s our job to teach the younger people some of these, for lack of a better word, ‘tricks of the trade’ and how things go on a project.”

RK&K is proud to have Tim on our staff producing great work everyday to better the communities we live in.