Creating a better world means creating a more accessible world. This is something neither my teammates at RK&K nor I lose sight of in our work.

Equity, while hugely important in transportation design, is often overlooked. One element of transportation equity is evaluating existing networks for how they affect all residents and eliminate barriers that make frequently used routes less comfortable and safe for users. Smart transportation road design addresses accessible travel options for people with disabilities. Even if handicapped individuals live within blocks of a bus stop, it’s possible they can’t reach public transit resources because their paths lack accessible routes, curb cut ramps, or have inadequate lighting. This is why the Americans with Disabilities Act (ADA) celebrating its 32nd anniversary this week, is still critical. 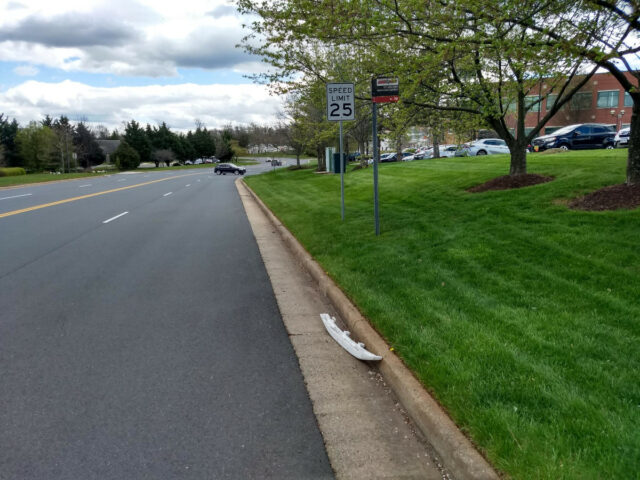 The ADA was passed in 1990 and was enacted to prohibit discrimination against people with disabilities in the provision of facilities, services, and programs. The ADA is broken up into five titles: I. Employment, II. Public Services (State and Local Government), III. Places of Public Accommodation operated by Private Entities, IV. Telecommunications, and V.  Miscellaneous. Under Title II, it requires all programs, services, and activities governed by the state or local government be made accessible to all. Therefore, standards and guidelines for accessible design needed to be created and enforced. In 1991, the ADA Standards for Accessible Design (ADAAG) applying to Title III were released. However, these did not fully address public rights-of-way, which are largely under the control of state and local government (Title II). So, in 2005, the U.S. Access Board released the Public Right-of-Way Accessibility Guidelines (PROWAG). The PROWAG was necessary as public right-of-way is usually land or connected corridors that are acquired for or dedicated to transportation purposes. In 2011, the U.S. Access Board published the latest iteration of the PROWAG in the Federal Register. 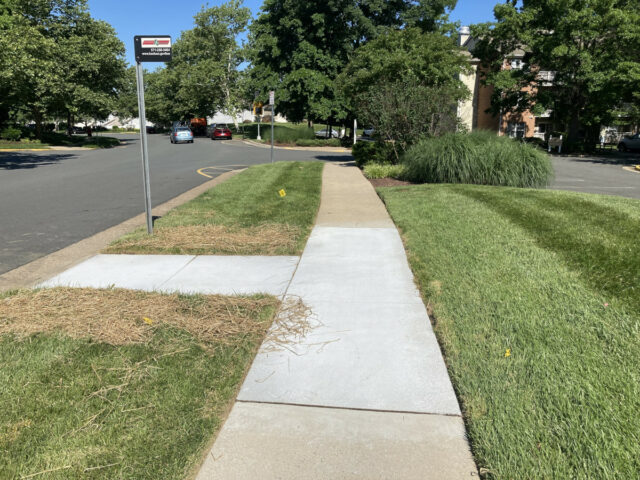 The introduction of the PROWAG provided engineers and planners with best practices for accessible design under Title II as it covered pedestrian facilities with the public right-of-way such as pedestrian access routes, pedestrian street crossings, curb cut ramps and blended transitions, detectable warning surfaces, accessible signals and pushbuttons, protruding objects in pedestrian paths, and transit stops and shelters. Transportation design can help protect and make communities more inclusive and accessible for all users regardless of their physical abilities. As engineers, we have a duty to protect the health, safety, and welfare of the public. According to census data in 2018, 12% of the U.S. population has some form of disability. Engineers should keep this portion of the population in mind when working on any transportation project, whether it be large, such as Richmond Highway BRT, or small, like an intersection improvement project at Quander Road and Fairhaven Avenue in Fairfax County, VA.

Here at RK&K, I have been fortunate to work on several projects that help improve the horizontal infrastructure in the communities we live and work in. One project I am particularly proud of is the aforementioned Quander and Fairfaven Intersection Improvement Project. RK&K’s team upgraded the curb cut ramps to current standards as well as the PROWAG by reducing ramp slopes to make them less steep for older pedestrians and wheelchair users. Other improvements included creating more perpendicular intersection crossings and installing audible pedestrian signals with tactile arrows on push buttons to notify people with vision impairments when it’s safe to cross and which direction they are going. Finally, we repaired sidewalks to provide a smooth, continuous surface for people to walk or use mobility assistive devices. 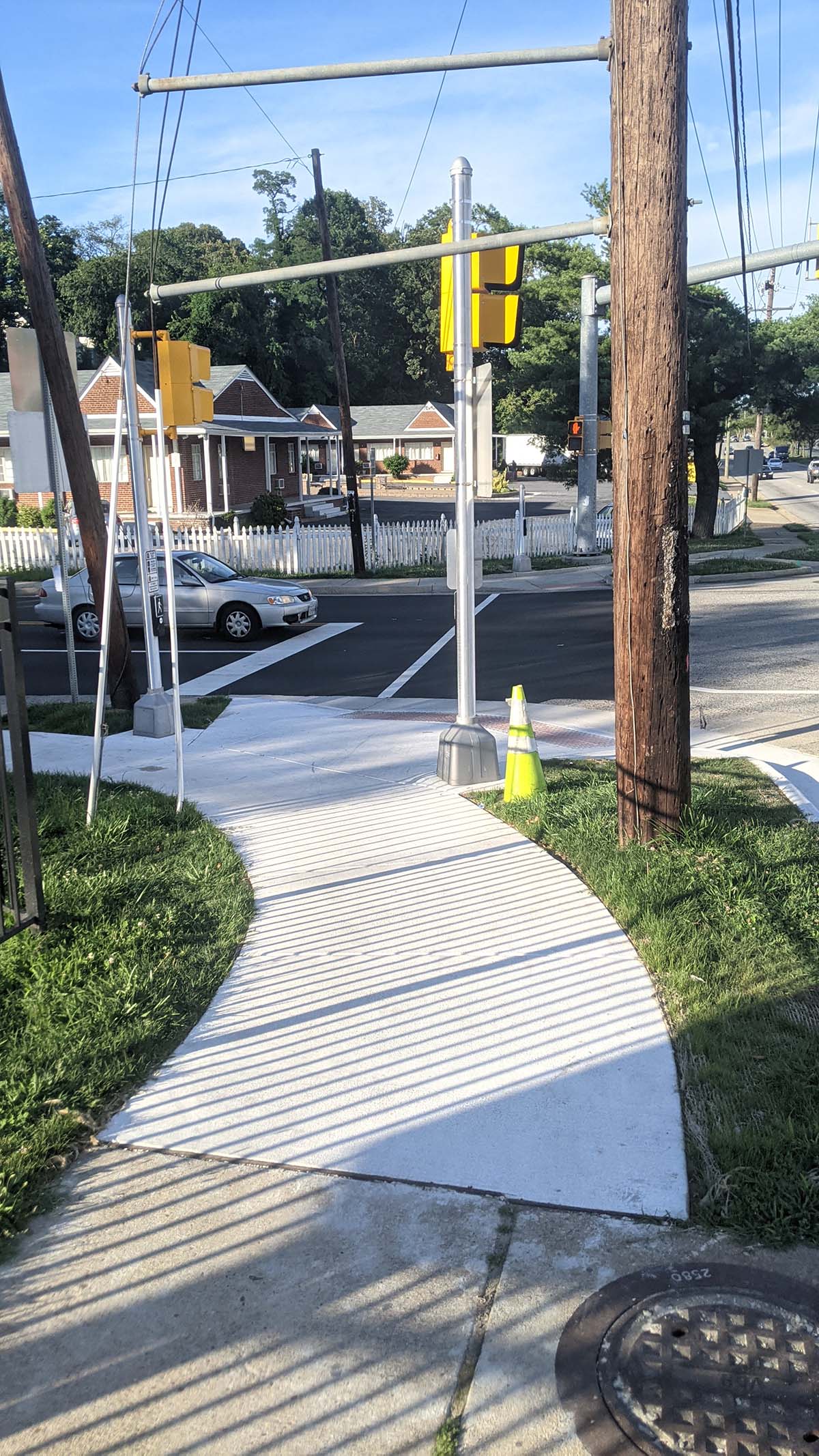 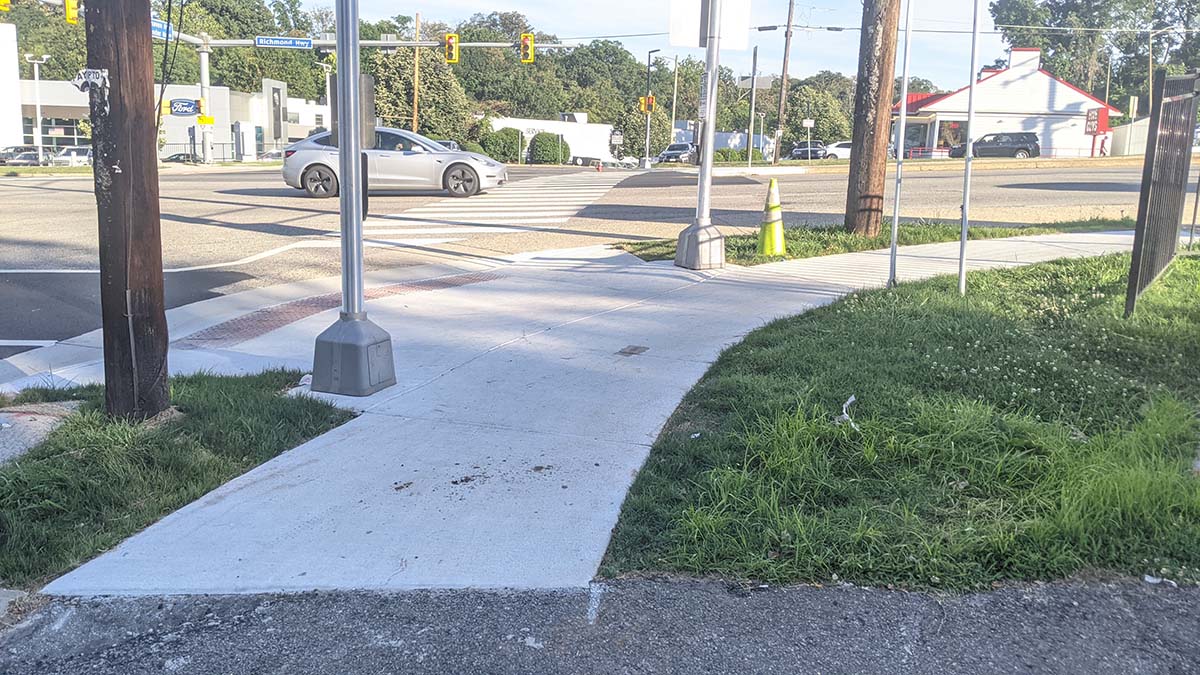 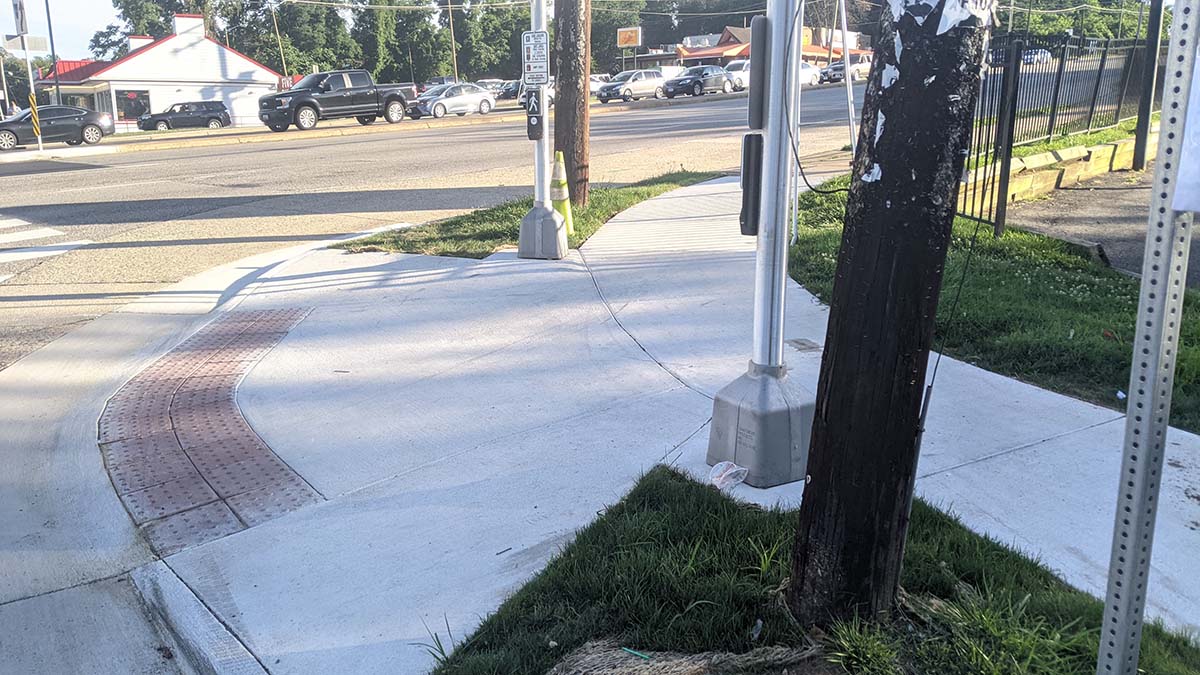 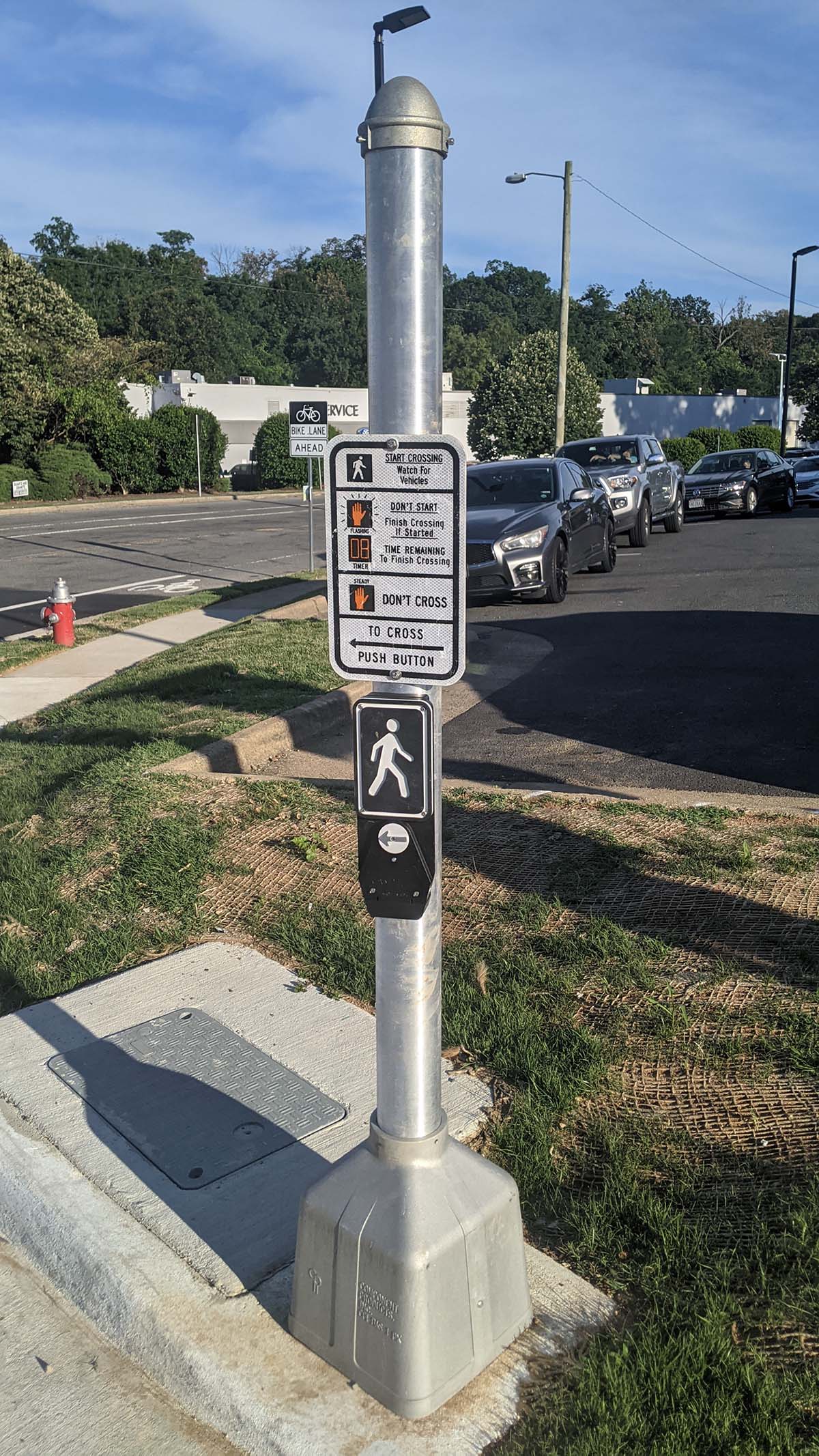 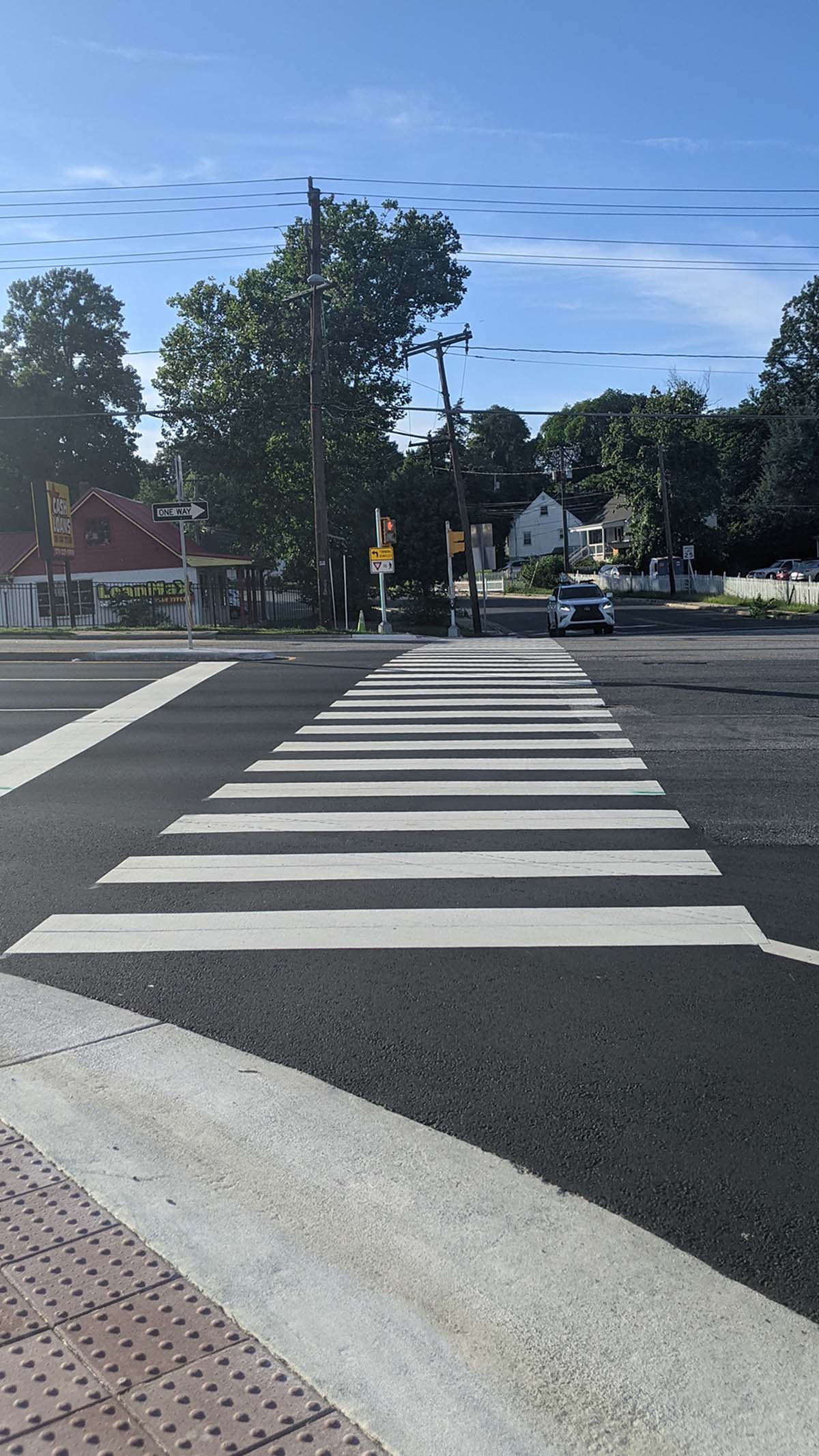 One project we are currently working on that perfectly highlights our commitment to accessibility is the ADA Bus Stop Compliance Program in Loudoun County. The team evaluated more than 300 bus stops and ranked them in order of priority for the county to upgrade based on accessibility, ridership, and cost, in that order. Providing disabled groups with a connection to communal spaces and transportation opportunities allows them to live independently, be an active member of their neighborhood, and perform their daily activities easily.

The residents of Loudoun County can now access their bus stops by accessible routes, pads, and bus shelters. This improves their basic quality of life and mental wellbeing by making it easier for them to engage in social and physical activities. It is paramount to create a community that is more transit-friendly for all users as it provides an alternative for users that are unable to drive. These are the projects that, while small in nature, provide a huge benefit to the end-users that now have more accessible routes and an equitable experience.

Ultimately, accessibility in design is not only a concept that needs to be emphasized; it should be the focal point of all planning and design. I look forward to emphasizing accessibility on future projects.