In a time long ago, in a land far away, a company leader suggested that I get involved with professional associations, starting with SMPS, the Society for Marketing Professional Services. SMPS is an organization that provides networking, educational opportunities, and industry leading research to give members an advantage positioning their firms in the marketplace. I was new to marketing and business development, but I was armed with a business degree and eight years of professional experience in a small company where the lines between role descriptions were often blurred, meaning that I had done some marketing-related work but did not have formal training in the practice of promoting or selling products/services. I put the next SMPS Central PA meeting on my calendar and never looked back.

That first meeting was daunting. It was a board meeting. And in walked the new kid. I almost didn’t even go in to the meeting. I figured I could pretend I was in the wrong place and no one would be the wiser. Nope, not me. I sat down at the table, introduced myself and listened as I absorbed as much as possible about the group and how I could fit in.

By the end of the meeting, I had volunteered to be the program committee chairperson for the year, a role I held for the next two years. During that time, we put together programs of panel discussions with important industry leaders, local government leaders, and esteemed professionals in our market.

I stay connected to the group but primarily enjoy the lasting relationships we formed during those years.

When it was all said and done, I had also served as sponsorship chair, president, and immediate past-president. I stay connected to the group but primarily enjoy the lasting relationships we formed during those years.

One of the things I am most proud of occurred during the economic recession of 2007/2008. During that time, many firms in our industry had to downsize — our clients were not spending money so overhead expenses were under the microscope. Many of my peers in the organization suddenly found themselves looking for work. When you’re unemployed, the worst thing that can happen is losing the connection to your networking group. The board decided to provide complimentary program admission to established members for the duration so that they could stay connected. And, as it happens, not long after that I received an email to our entire board from RK&K asking if we knew of a candidate to fill a marketing need in Pennsylvania. I was ready and the time was right. Here we are, eight years later. 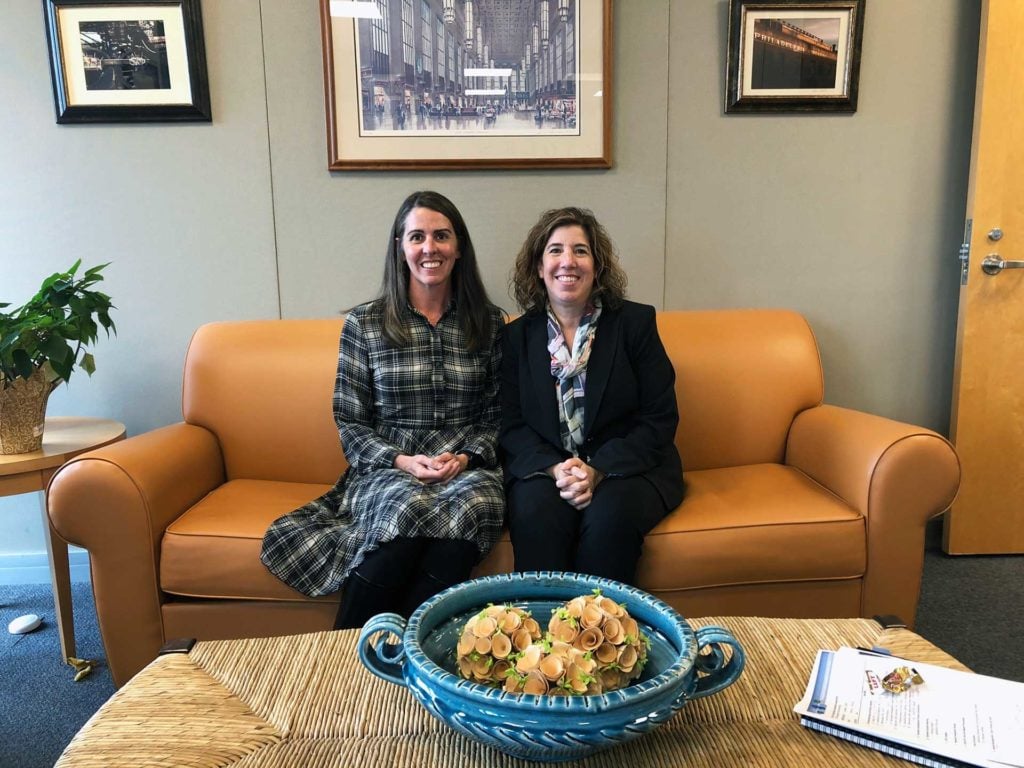 Being involved with WTS provided me the opportunity to spend a shadowing day with the PennDOT Secretary of Transportation, Leslie Richards.

Not long after joining RK&K, I became involved with ACEC/PA, the American Council of Engineering Companies of Pennsylvania. There was a call for volunteers for the Diamond Awards Committee, a role that was in my wheelhouse for an organization that specializes in development outside my area of expertise. Left brain, meet right brain. While the group planned the event, I started to see we had so much more in common than the job we do for 40 (ok, fine, often more than 40) hours per week.

The first year, I was in the background helping. I proofread the event program, helped check-in guests the night of the event, and observed. The second year, RK&K received the Diamond Award for Excellence in Transportation Engineering for the SR441 relocation project (by coincidence and completely unrelated to my role) and I had the honor of presenting the award to our senior leadership, who accepted the award on behalf of the project team. It’s a committee I continue to serve in ways that I am able. Each year it’s different and each year I get to meet interesting people, many of whom I work with on project pursuits either over the phone or via email. Making that personal connection offers new ways to relate and strengthens the relationship.

The potential to influence change that will result in higher quality products, ultimately resulting in efficiency, is exciting.

I continue to serve ACEC/PA in various ways, including the Diamond Awards committee, the former public relations committee, and the new marketing committee. The marketing committee, in its infancy, is currently exploring ways to liaise with the DOT related to proposal submission standards, as well as other capture strategy best practices to share with technical leaders. The potential to influence change that will result in higher quality products, ultimately resulting in efficiency, is exciting. 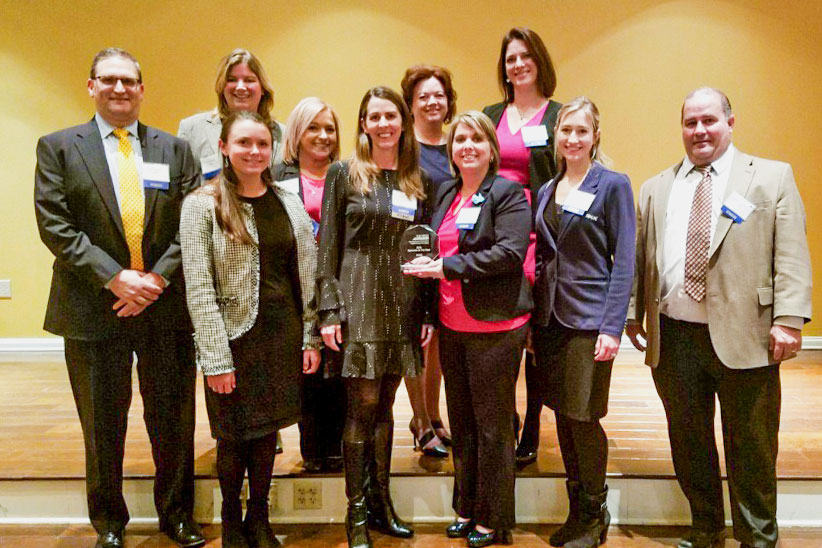 RK&K was honored with the WTS award for Employer of the Year in 2019.

And that brings me to phase three, 16 years after that first SMPS meeting. A few years ago, I received a monthly newsletter email from the Central PA chapter of the Women’s Transportation Seminar (WTS). There was a posting that they were looking for someone to develop the chapter’s monthly newsletter. So, I said yes. I reached out, “interviewed,” and accepted the job.

The workload is easy; I can assemble the newsletter at my convenience, whether it’s over my lunch hour or in the evening. I’ve even put it together while on vacation. As long as there is WiFi, I’m in business. But, more than the logistics and mechanics, it’s been a great way to use my expertise as a contributor to a technically-based program. We’ve revamped our communications approach by making information bite-sized and creative. Our members are busy, they receive volumes of information every day. We want them to enjoy receiving our information and be able to easily take what they need — but there is more work to do and progress is happening.

Satisfied and engaged employees plus a commitment to delivering complex and unique projects equals the ultimate in client satisfaction.

Beyond finding a manageable way to be involved, the benefit to RK&K has been strong. Last year, we submitted for and won the WTS award for Employer of the Year — an honor that put a spotlight the reasons why being part of the RK&K family is terrific, as well as positioning the company as a leader in our market. (I know what you might be thinking, but the small role I play at WTS provided me no sway in the award decision…) The award is a testament to why RK&K is a great place to work, a large part of which is due to the projects we are involved with and the unique and challenging ways our team impacts the communities where we live and work. Satisfied and engaged employees plus a commitment to delivering complex and unique projects equals the ultimate in client satisfaction, something many firms talk about but only some can achieve.

And, last, being involved with WTS provided me the opportunity to spend a shadowing day with PennDOT’s Secretary of Transportation. It was a day that started at the public Turnpike commissioner’s meeting and included everything from driver licensing issues, to transportation solutions for sensitive populations in rural communities. It was a day I won’t soon forget and one that demonstrated that transportation initiatives aren’t focused to specific projects or the next fiscal year’s funding program but rather how the industry creates communities and facilitates movement from place to place in a safe, efficient, and pleasing way. The rest is a means to the end.

Whether you are starting your career, or you’ve seen and done more in your tenure than you can remember, being involved in professional associations is a great way to develop professionally, offer your talents to your peers, position the company as a leader in the market, earn PDHs at technical meetings (we didn’t even talk about the coveted PDHs!), and impact change in the industry. Opportunity is everywhere — large and small. So, sign up to check-in attendees at a meeting, volunteer to organize a social event (axe-throwing is all the rage!), find yourself getting nominated for a board position, and forward that award call for entries to the marketing and communications team. Thirty seconds later, you’ll wonder what you got yourself into, but years down the road, you’ll see it was one of the best decisions you could have made as you reflect on the path you have forged for others.