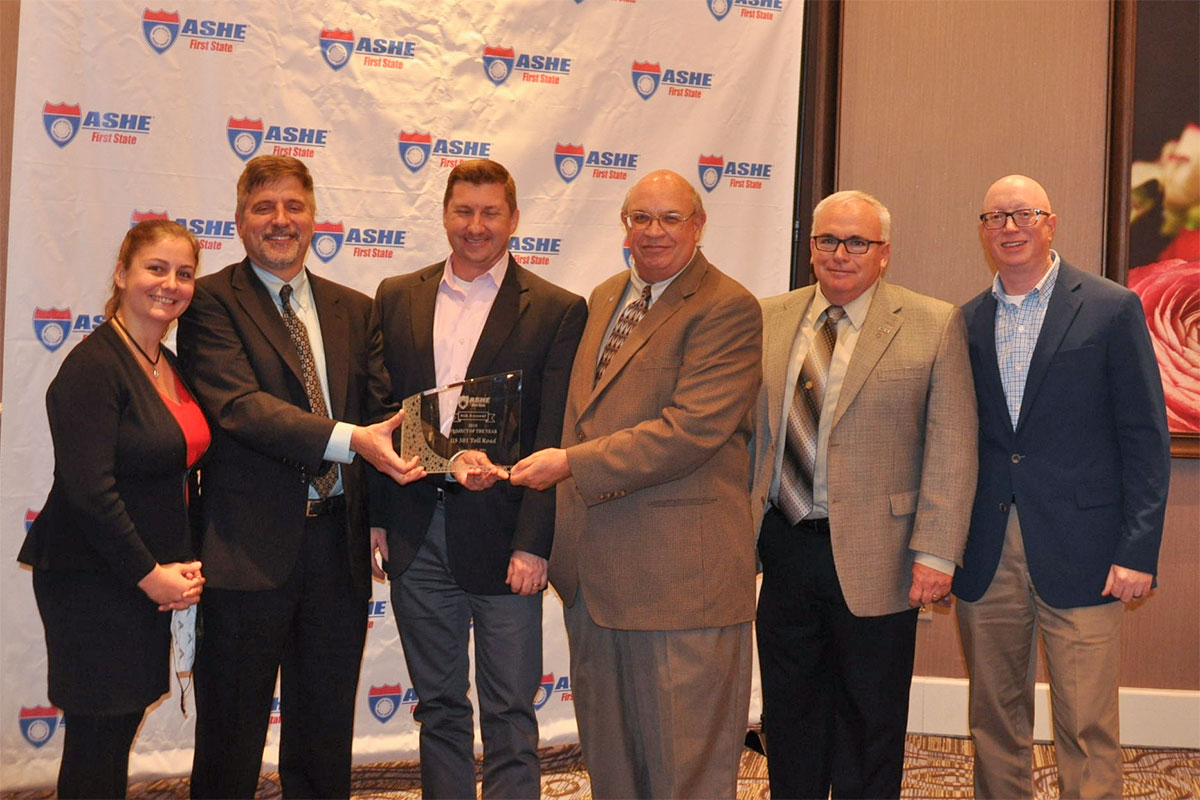 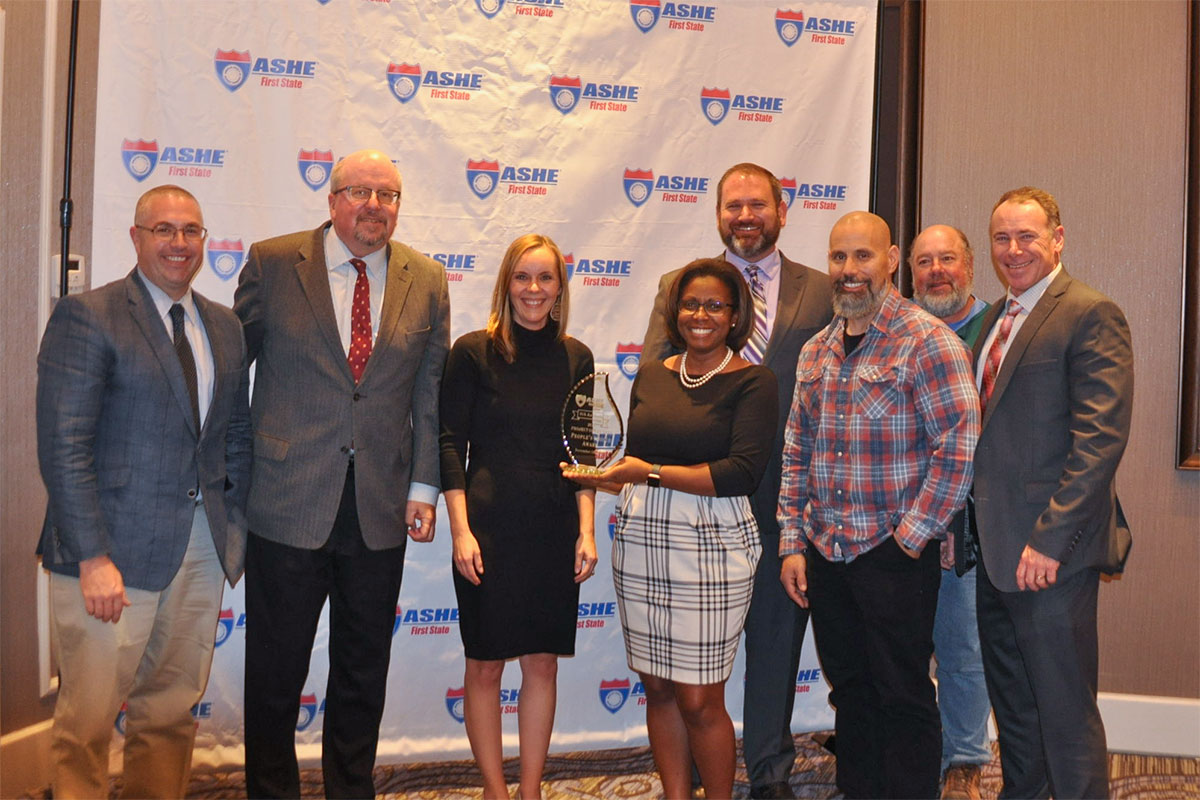 At ASHE First State’s recent Project of Year Showcase Awards, RK&K’s work on the US 301 Toll Road and the Senator Margaret Rose Henry Bridge projects was recognized with five awards total. Both projects took home “Project of the Year” and “Value” awards and the Senator Margaret Rose Henry Bridge won the “People’s Choice Award” that was voted on by all the attendees at the event.

RK&K served as engineer-of-record for the Delaware Department of Transportation on the Senator Margaret Rose Henry Bridge project in Wilmington, providing engineering services for the bridge and approaches from project development through construction engineering.

On the new US 301, one of the largest transportation projects ever built in Delaware, RK&K’s general engineering consultant team succeeded in constructing a 14-mile, limited-access highway with four interchanges, 28 bridges, and tolls collected using the state’s first AET system.