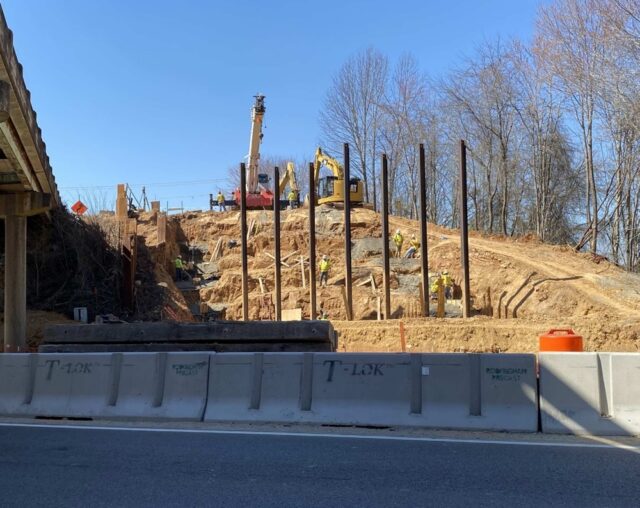 An RK&K-led bridge replacement project to improve safety and visibility near Richmond, VA has now been completed.

RK&K was the lead designer to replace both the eastbound and westbound bridges of Patrick Henry Highway (Route 360) over Route 360 Business and the Norfolk Southern Railway in Amelia County for the Virginia Department of Transportation (VDOT).

The bridge replacement project on Patrick Henry Highway (Route 360) is complete. The two bridges were constructed on time and under budget.

The new two-span bridges replaced the former four-span twin bridges and provide extra clearance for an additional railroad track and access road. They also have two 12-foot-wide lanes and 4-foot-wide shoulders give drivers extra space for added visibility and safety.

RK&K also led the design of the roadway, drainage, and other aspects of the project to replace the structurally deficient bridges, originally built in 1966. The previous bridges allowed water to penetrate below the road surface, causing the bridge beams, bearings, and substructure to deteriorate.

“The RK&K team developed the design with the goal of minimal increase in impervious areas and so that there was no need for permanent stormwater management facilities,” said Project Manager John Koch. “This resulted in a significant reduction in construction impacts and savings of both time and cost.”

Construction began in October 2020 and was scheduled to take two years total to complete. The project was completed on time and under budget.