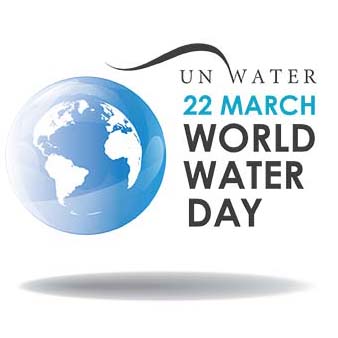 March 22 is World Water Day, the annual United Nations observance day highlighting the importance of safe water and to drawing attention to water-related issues facing humans around the world. Safe and readily available water is the one of the most important aspects for public health, whether it is used for drinking, domestic use, food production, or recreational purposes. Let’s face it, in the United States, most of us take safe drinking water for granted.  We turn on the tap in our homes and we expect to get safe and abundant water at a cost of pennies per gallon. We flush our toilets and don’t give a second thought to where it goes – we just expect that it will get treated and that the water is returned to the environment safely.
Unfortunately, safe water is not always so easily accessible for many regions around the world. Here are the facts according to the World Health Organization:

The Times are a Changin’

Most Americans take safe drinking water and adequate sanitation for granted but times are changing.  As the line from the popular Bob Marley song goes: “You ain’t gonna miss your water until your well runs dry.”  For the first time in multiple generations, Americans are starting to recognize the importance of safe water. Climate change is leading to more severe droughts everywhere, especially in the western regions of the country, which is causing people to recognize that water is not guaranteed.  Many municipal water and sewerage systems constructed over a century ago have been neglected for too long resulting in events like the one in Flint, Michigan, exposing thousands to high concentrations of lead in their drinking water. Emerging contaminants such as pharmaceuticals, pesticides, per- and polyfluoroalkyl substances, and microplastics are generating a renewed public concern for drinking water and sanitation.

Help is On the Way

Both the American Rescue Plan Act (ARPA) and the Infrastructure Investment and Jobs Act (IIJA) represent landmark moments for water and wastewater infrastructure. Under the IIJA, a total of $35 billion in additional federal spending will be specifically dedicated towards drinking water and clean water infrastructure. The IIJA also appropriates an additional $15billion towards lead service line replacement projects. About $30 billion or 85% of the total investment in IIJA authorizations will go towards funding the State Revolving Loan Fund for both drinking water and clean water programs over the next five years.  The proposed appropriations represent a twofold to threefold increase in funding over prior historical appropriations. This obviously doesn’t represent the final solution to the fixing America’s water and wastewater infrastructure problems – but it’s a huge step in the right direction.

RK&K’s water/wastewater experts are optimistic and excited about the future of clean water and hope to make the best of this step forward by being a part of these upcoming transformative projects. Learn how RK&K’s water and wastewater engineers are helping to keep our communities safe through the evaluation, design and repair of sustainable infrastructure: Water Supply, Distribution & Treatment – RK&K Services (rkk.com)