“Think the tree that bears nutrition:
though the fruits are picked,
the plant maintains fruition.
So, give all the love you have.
Do not hold any in reserve.
What is given is not lost; it shall return.”
― Kamand Kojouri

Every holiday season, the RK&K Raleigh office catches the ‘Joy of Giving’ bug. What started off as an initiative by the Roadway group in Raleigh has now virally spread across the whole office with everybody waiting for the months of November and December each year. 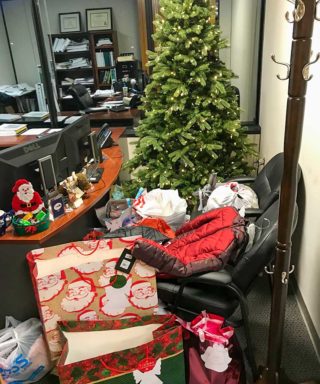 Brandon’s Office flooded with Gifts for all the Angels

In 2018, Brandon McInnis, Scott Blevins and Jillian Hinson from the Roadway group volunteered to help The Salvation Army with their Angel Tree Program. The Angel Tree specifically focuses on new clothing but is part of a bigger program – The Christmas Cheer Program. Stockings with fun goodies are also provided but as a different part of the program.

To briefly describe how the program worked, each Angel on the Christmas Tree in Brandon’s office included information for a boy or girl who needed an outfit for Christmas and details on how to purchase clothing for these children. For people who did not want to purchase an outfit, there was an option to make a donation, which was later combined and used to purchase more outfits. Once the clothing was purchased, people brought them in and set them under the Christmas Tree in Brandon’s office, with the angel’s details mentioned.

The program was a huge success with 30 Angels provided for and a good donation was given to The Salvation Army to sponsor additional items for those in need. Brandon, Jillian and Scott started the program not knowing how many Angels the Raleigh office would be interested in sponsoring, but the outcome was unexpected and overwhelming. 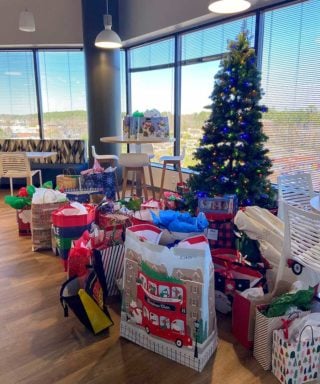 In 2019, owing to the Angel Tree Program’s success, the RK&K Raleigh Culture Committee decided to volunteer for the “Holiday Sponsorship Project 2019-2020” teaming up with the Wake County Schools. All the children that were sponsored attend Durant Elementary or Middle School. The names and details of children who needed sponsoring were directly received from the school’s social worker, Neshia Pearson.

The project had a set list of rules which said there cannot be a cash donation to the children. So, the RK&K Culture Committee identified a person within the office who was willing to be the shopper for those who wanted to donate cash. The presents were to be placed in tagged or labelled gift bags without any wrapping. The Culture Committee made a note of siblings in the project and requested the sponsors to coordinate with each other and provide similar levels of gifts in case they had been assigned to the same family.

The Culture Committee helped gather and sponsor gifts for 40 children from the school. Erin Creech and Sydney Hardy helped deliver these gifts to the schools. Scott Blevins, who is also a part of the Raleigh Culture Committee, when asked for his thoughts on how successful these projects have been, said “I think it is always a success when you give to others in need.” 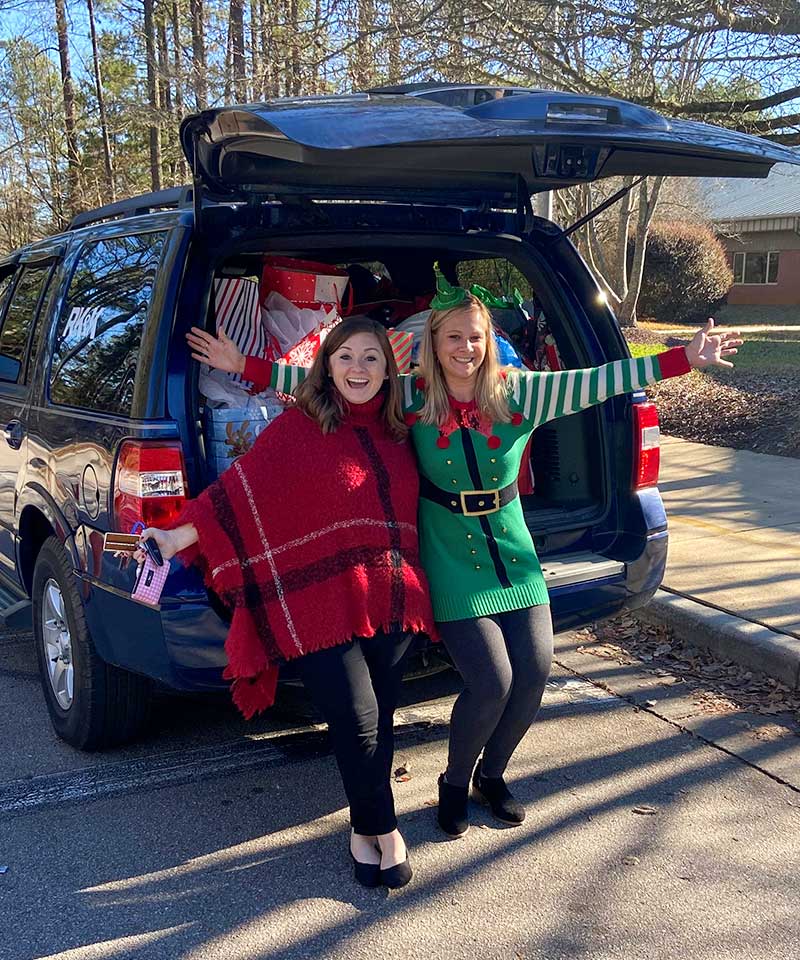 The following is an excerpt from thank you note from the school’s social worker.

“On behalf of myself, the family you sponsored, and Durant Road Elementary Student Services Team; we would like to extend a huge “Thank You” for your support and giving during this Holiday season. You were a part of a project that fed 13 families for Thanksgiving and gifted 58 children & families for Christmas. Your kindness is greatly appreciated and is not taken lightly. Your giving spirit serves as a light to those facing dark moments in their lives. I am certain that the child/family that you sponsored is blessed because of the joy you have shared. My spirit was filled with such joy as parents came in to pick up their items some with tears, some with smiling faces, and some just simply in awe! Thank you again and I wish many blessings upon the cheerful giver that you are. Wishing you a Merry Christmas and a Happy New Year.”

As Shannon L. Alder once said, “One of the most important things you can do on this earth is to let people know they are not alone.”

The people here at RK&K strive day in and day out to make this world a better place for all living beings, without expecting anything in return.