Preserving and protecting history and upgrading infrastructure to better serve modern commuters do not have to be conflicting goals.

RK&K takes pride in maintaining historic buildings while making them better-suited for today’s world. The Baltimore Pennsylvania Station, more commonly known as Penn Station, is a perfect example of that.

RK&K was selected as civil engineer for this project in 2018 by Amtrak as part of a master development team to redevelop 10 sites.

Initially, our work focused on on-site planning, such as evaluating the site’s constraints, floodplains, utility availability, layout, and access.

Our site development work eventually developed into designing new utilities for the train station and providing full-service civil engineering services for a new North Concourse on the station’s property.

Built over 100 years ago, Penn Station is a major transportation hub for Baltimore, with MARC (Maryland Area Rail Commuter) commuter trains, Amtrak, light rail, and bus lines running through or near its historic walls.

With its last major renovation in 1984, the station is showing its age, with several of its upper floors being uninhabitable.

“It is badly in need of rehabilitation, and it really deserves to be given a new life,” said Project Manager Charlie Mitchell. 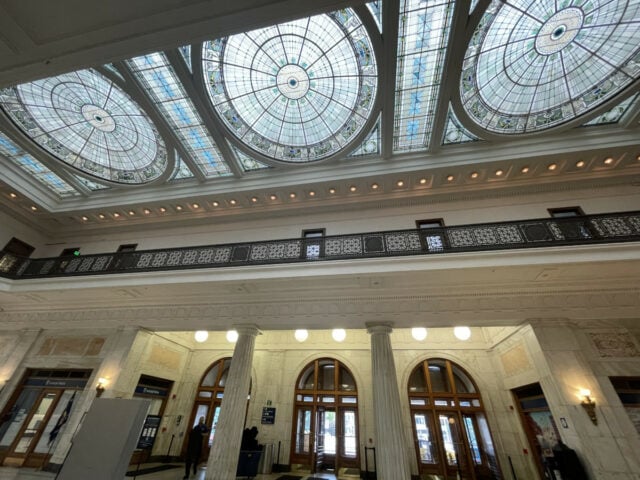 To begin this new life, the station’s upper floors will be completely rehabilitated and made “tenant-ready” to house restaurants and retail and office space.

At the upgraded Penn Station, commuters will be able to walk through the station to the other side, stop and get a coffee and go shopping if they have to wait for their train. Charlie described it as a smaller-scale version of Union Station in Washington, DC.

Also, Amtrak services such as ticketing and bagging will move out of the existing “head house” station and move to the new concourse on the north side of the track, which is currently a parking lot.

RK&K will provide new utilities to serve this building, replacing water, sewer, gas, and electric, and will provide a floodproofing component since the building is in a floodplain.

“This move will improve station operations significantly and gets Amtrak out of the old space they’re in and into something bigger that can give riders what they’re looking for,” said Charlie.

It will also expand Amtrak’s capacity inside the station to serve their ridership projections for 2040 by opening space for improved baggage handling, more ticket counters, and information desks. 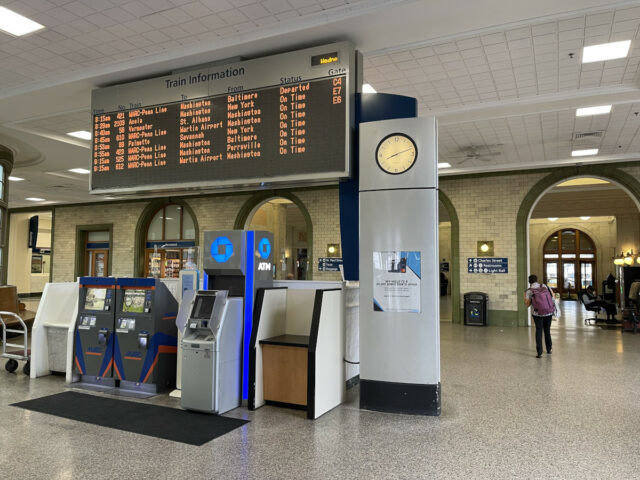 The great amount of work being done to station will not slow down any travelers, however.

“During every stage, construction will work around the trains,” said Charlie. “All the work is phased because it all must happen in a way where the station can function the whole time. There are a lot of logistics and tiny details that are going into making the designs overlap and work.”

Charlie said the team is managing these detailed and precise plans through coordination and plenty of meetings with the many stakeholders involved, which includes the City of Baltimore, the Maryland Department of Transportation, and other members of the master development team.

“Luckily, complex site projects are what we do, so sure, there’s a lot to it, but it’s also what we do at work every day.”

Charlie explains that Amtrak’s vision for this extensive project extends to creating a better transit hub with better infrastructure both inside and outside the station.

To achieve this vision, RK&K is leading another aspect of the project which are improvements to the multi-modal environment around the train station in the City’s right-of-way. Over three phases, our work will improve the pick-up and drop-off areas, bus stops, and sidewalks of the plaza on the south side of the station.

Charlie said this work will help need the needs of all the station’s users while also better connecting residents to other sides of Baltimore City.

“One of the main goals of the project is to connect the neighborhoods across the roadway through the station,” he said.

If you pass by, you’ll see new scaffolding in place, but Charlie stressed that it is the “same building that’s always been there, but with a facelift.”

The North Concourse building is expected to be completed by 2024. Construction on the multi-modal improvements around the station will begin in late 2022 or early 2023. 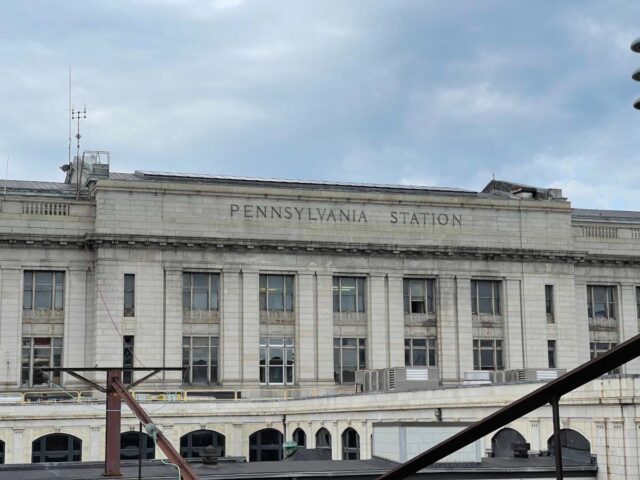 Charlie said he is excited to see the project progress and watch how it benefits the area. He said the team takes great pride in being able to maintain and preserve the rich history of the station while renovating and reimagining it as a mixed-use, transit-oriented development that will better serve its modern users.

“This is truly a transformative project for the area and the new Penn Station will be an incredible asset to Baltimore and its commuters!”