RK&K is humbled and honored to be recognized by the Baltimore Sun Media Group as a “Top Workplace” for the ninth consecutive year. The firm was honored as the #2 large company (400+ employees) in the Baltimore region for the second year in a row at the Sun’s annual “Top Workplaces” event Thursday evening in Hunt Valley, Maryland.

“This recognition may be specific to the Baltimore region, but it honors the almost 1,500 RK&K employees along the East Coast and across the country,” said Partner Melinda Peters, PE, CCM. “Teamwork and collaboration are cornerstones to our continued success, and we’re grateful to receive this recognition from the Sun.” 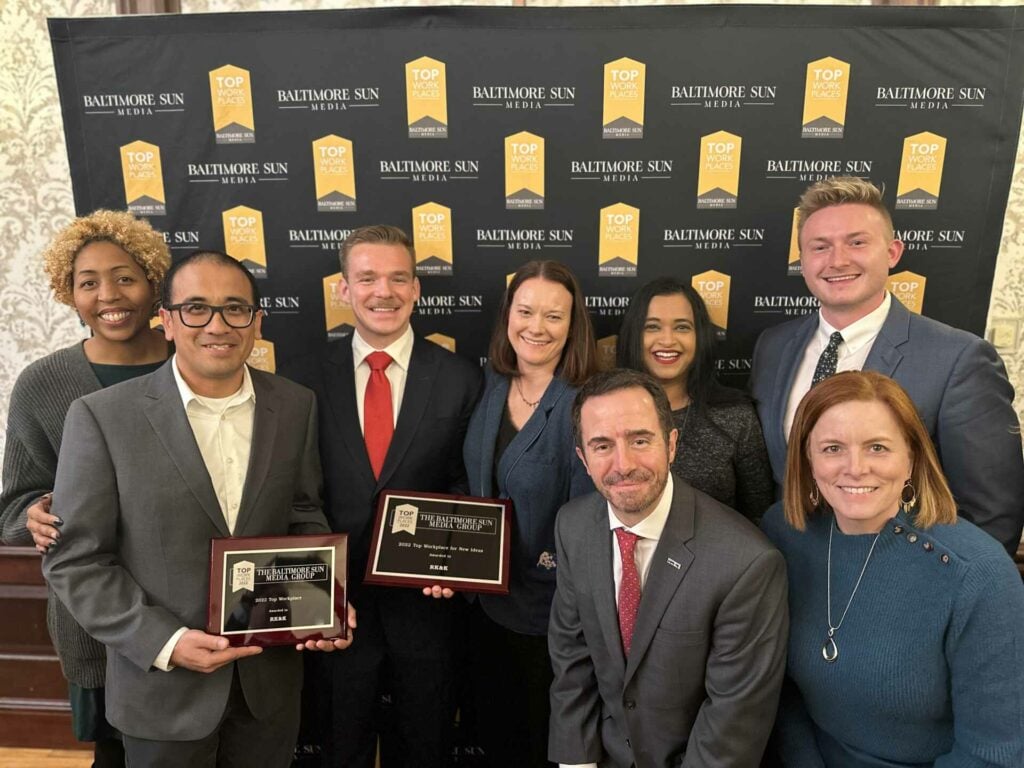 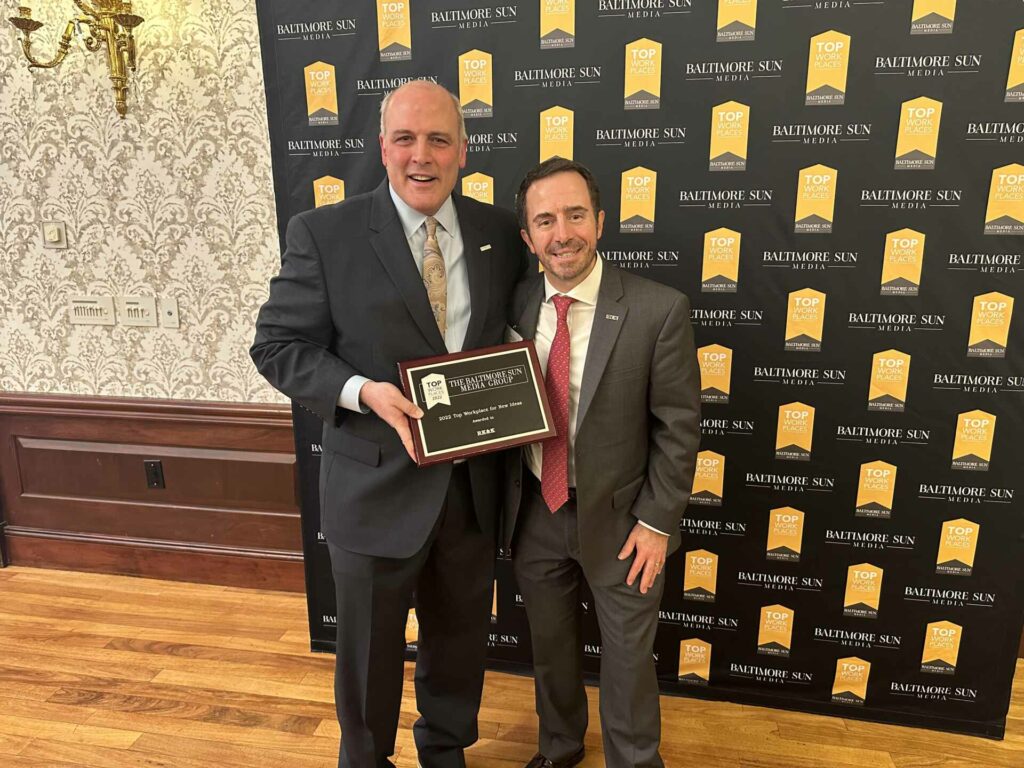 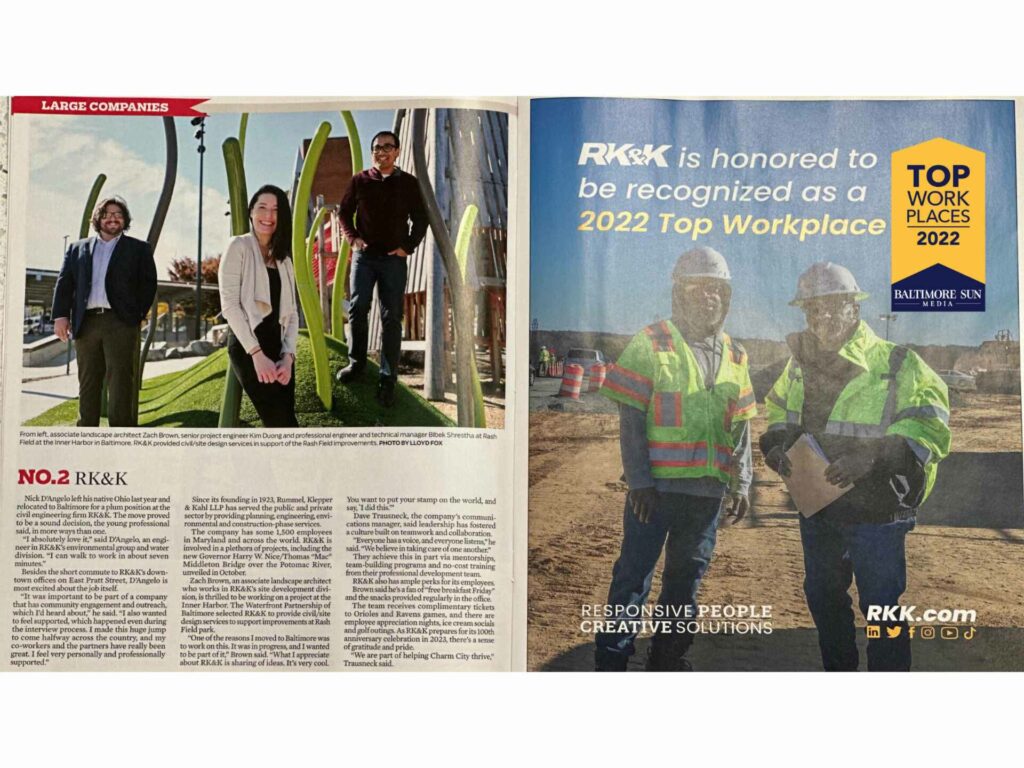 RK&K was honored as the #2 “Top Workplace” for large employers by the Baltimore Sun. The print version of “Top Workplaces” will be in the Sunday, December 11, 2022 edition of the paper. 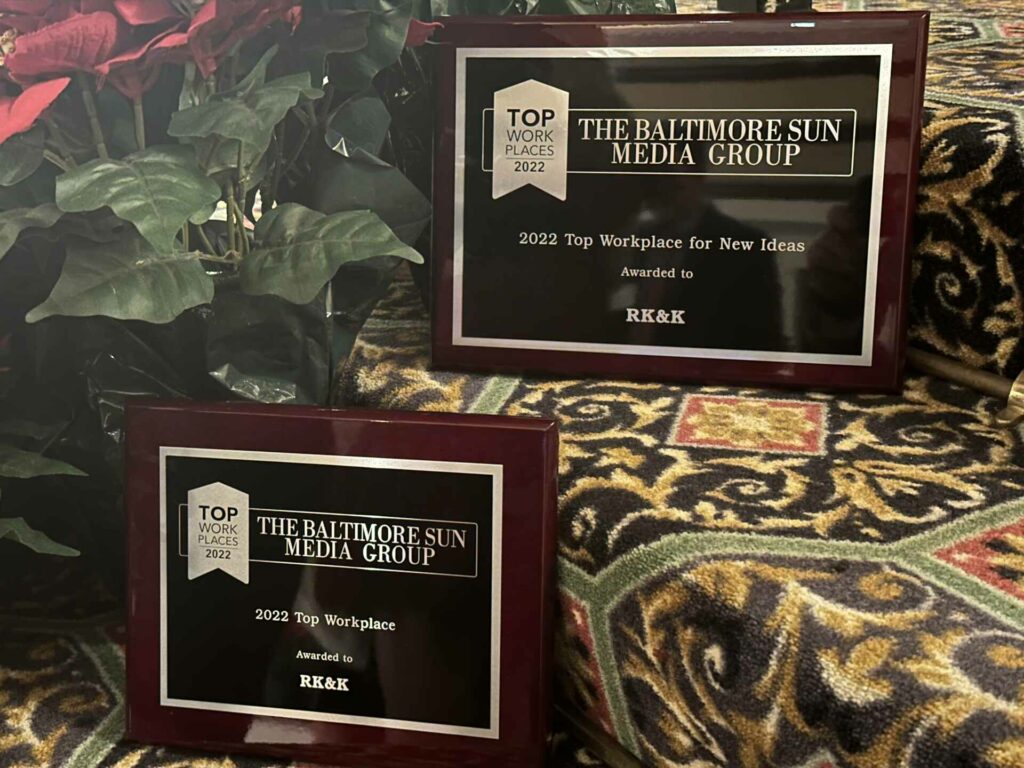 In addition to its honor as one of the top large employers, RK&K was presented with a special ‘Honors Award’ for its values. The firm received the award for having an employee feedback score that stood out amongst other large employers, which showed the company operates with strong values and ethics. 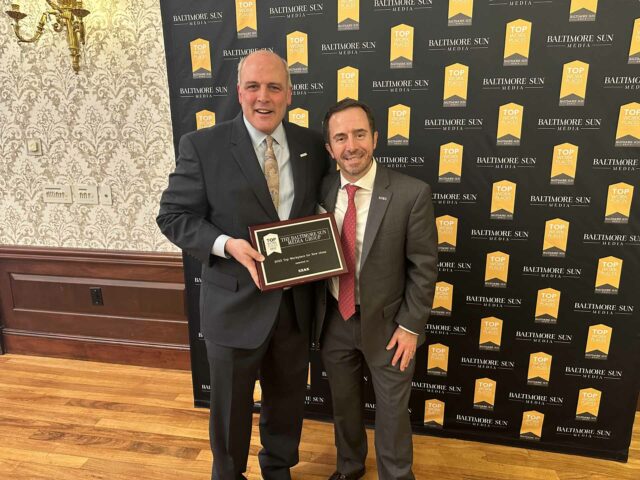 The 12th annual “Top Workplaces” event recognized the 150 most dynamic and supportive local companies in the Baltimore region. In 2022, 2,861 organizations in the area were invited to participate. They were broken into three groups, based on the number of employees in the area. Organizations that exceeded benchmark scores solely based on anonymous employee feedback for each size group made the winners list. Organizations were then ranked based on an aggregate score, with the highest ranking going to organizations with the most positive feedback.

“What I appreciate about RK&K is the sharing of ideas. It’s very cool.”Landscape Architect Zach Brown

Some RK&K team members said it was the firm’s unique culture that drew them to Baltimore.

“It was important to be part of a company that has community engagement and outreach,” Environmental Engineer Nick D’Angelo, EIT, CP-2 told the Sun. “I also wanted to feel supported, which happened during the interview process. I made this huge jump to come halfway across the country, and my colleagues have been great. I feel personally and professionally supported.”

“One of the reasons I moved to Baltimore was to work on this (Rash Field project). It was in progress, and I wanted to be part of it,” said Landscape Architect Zach Brown. “What I appreciate about RK&K is the sharing of ideas. It’s very cool. You want to put your stamp on the world and say, ‘I did this.’”

RK&K is currently hiring. For a full list of openings, check out our Careers Page.