Join us as Barry and Jim talk about traffic engineering and operations, progressive design build, and C.A.S.E. 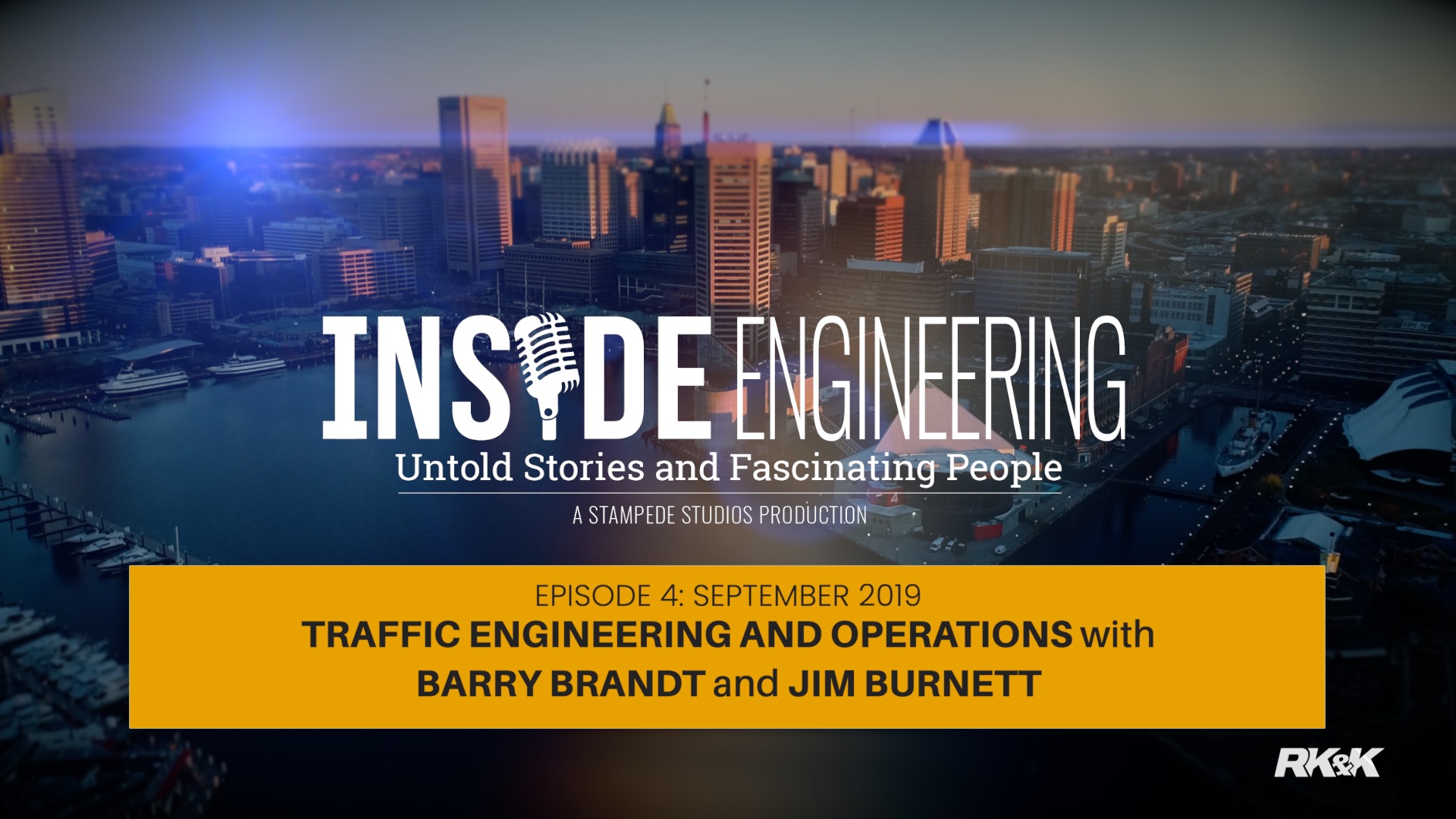 Value to the Client

Jim says, “One of the real motivating factors that got me here was I wanted to be able to make a difference to not just a couple of people but a lot of people.“

From a project perspective, Barry talks about making sure the client is satisfied. He says, “You always put the client first. You always make sure that you’re meeting their needs.

From a people perspective, Jim talks about how creating a supportive and nurturing work environment is critical to the individual and team’s success.

Jim’s pick of the week is Maryland Swimming, where he volunteers as a swim official (and gets a front row seat to all the action).

Barry goes deep with his pick and encourages us all to enjoy those around us — they both agree that their fondest work memories of time spent with others.