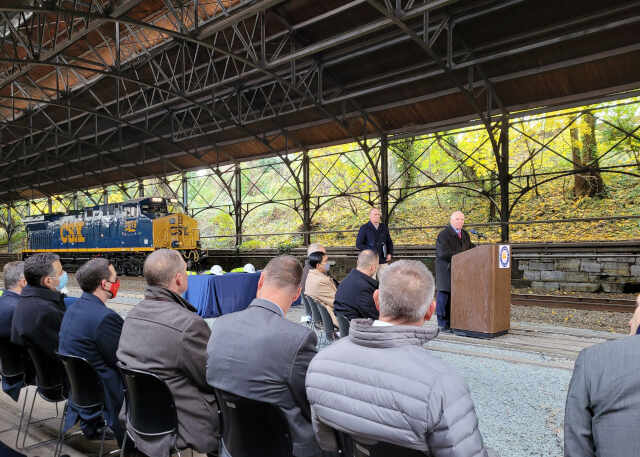 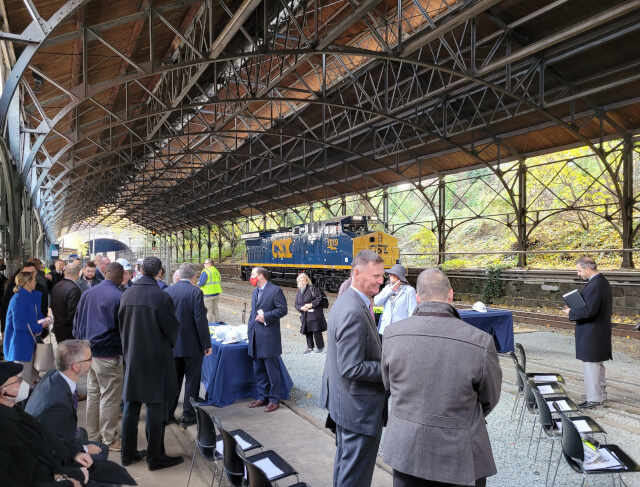 The tunnel will complete a critical double-stack rail link for the Port of Baltimore and includes tunnel and bridge clearance improvements between Baltimore and Philadelphia on CSX’s I-95 Corridor.

“Today, as we kick off reconstruction of this Howard Street Tunnel, we are proving once again that investing in infrastructure is critical to our state and national economies and to the lives of everyday Marylanders and Americans,” Governor Hogan said at the event. “This is a continuation of our concerted efforts to make the Port of Baltimore much more competitive with other ports for the extremely sought after containerized cargo market. It is an absolute game-changer, not just for Maryland, but for the entire region.”