RK&K welcomes new leader Doug Cubbage, PE to our Richmond team! Before joining RK&K, Doug worked for the Virginia Department of Transportation in the Richmond, Lynchburg, and Central Office districts where he focused on bridge project delivery. Prior to that, he worked for another consulting firm for eight years specializing in bridges, parking garages, and wireless communication structures. Learn more about Doug and his role at RK&K with the Q&A below! 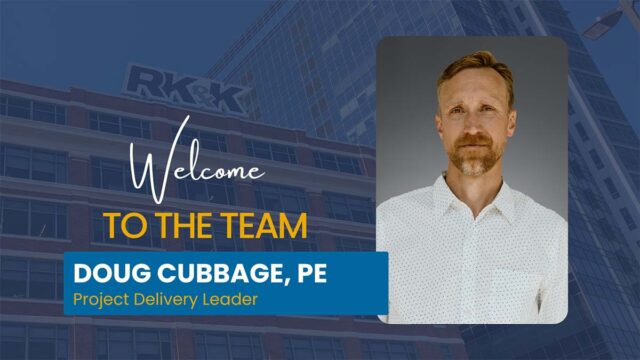 What is your role at RK&K, and when did you start?

I am a Project Delivery Leader with the Structures and I started in June 2022.

Why did you decide to join RK&K?

During my previous role in the public sector, I admired RK&K’s innovation in design. Over the years I was able to work with them on several projects. They followed up occasionally on joining their team, and I finally capitulated and joined last month!

What excites you most about your new team?

I’m excited about everyone’s “can-do” attitude, willingness to work together, and ability to solve problems to advance a project!

Describe yourself as a leader in three words.

What do you enjoy most about engineering?

I enjoy helping people understand what technical problems really exist and assisting them with solving those problems.

If you could visit anywhere in the universe, where would you go and why?

It is a little-known fact that the Center of the Universe is in Ashland, Virginia.  They have a great beer menu, and always worth visiting!